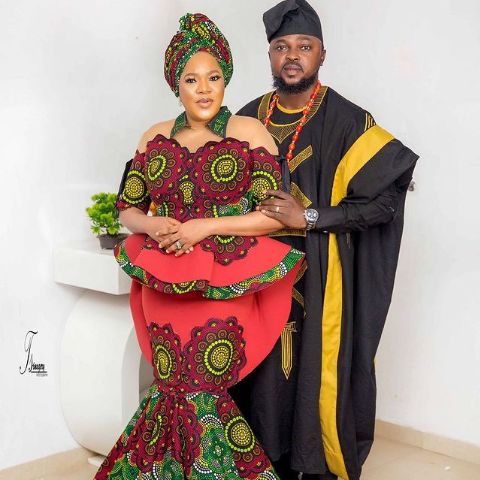 Kolawole Ajeyemi born January 17, 1982, is famous Nigerian actor and filmmaker widely known for his roles in Yoruba movies. He is the husband of top Nollywood actress and producer, Toyin Abraham. He was born and raised in Ogbomosho, Oyo State where he hails from.

Kolawole Ajeyemi is a native of Ogbomosho, Oyo State where he was born and raised. He is from the Yoruba tribe and can speak the language fluently.

He completed his primary school education in a public school in Oyo State where he had his First School Leaving Certificate then proceeded to Ogbomosho Grammar School where he obtained his Senior Secondary School Certificate.

At his teenage age, picked up his interest in acting because he admired people on the screen, moreover his father was musician which helped him trigger to follow his career decision

In 1997, he started acting in stage plays in chruch and school shows, he was trained by by an actor segun Ogungbe who trained him in to the profession as a actor.Over the years, kolawole has played a vital roled in several movies, producer and even a director.

Some of the movies he was featured include Pemisire, Ijongbon, Tani Odaju, Kokoro, Buga and so many other. He is the CEO and creative director at Kolawole Clothings.

Kolawole Ajeyemi is married to a popular Nigerian actress, Toyin Abraham. They got married on the July 4, 2019 in a colorful traditional wedding. The couple welcomed their first child in August 2019.

However, Kolawole has a 16-year-old daughter from a previous relationship.

Kolawole Ajeyemi has an estimated net worth of $300,000 US dollars. The actor has amassed wealth in the Nollywood industry having starred in several Nollywood movies.