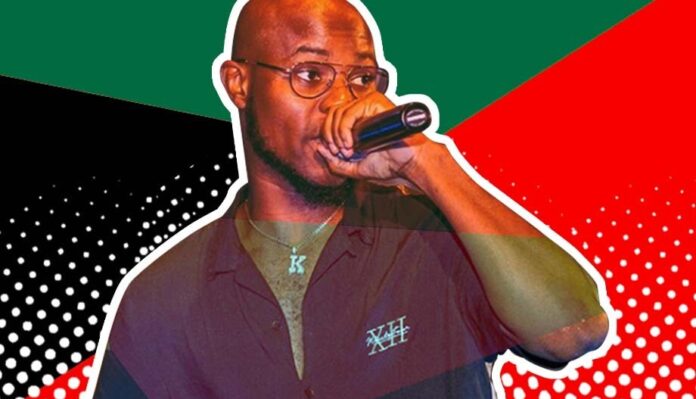 Gregory Bortey Newman, born August 16, 1995, better known as King Promise, is a popular Ghanaian singer and songwriter. He hails from Nungua in Accra, where he was born. King Promise came into the spotlight following the release of his debut single, Thank God, featuring Fuse ODG, in 2016.

King Promise was born to the family of Francis Newman and Angela Quaye in Nungua, Accra, the capital of Ghana, where he grew up alongside his siblings.

The singer grew up with his parents in Ghana, where he had his education and chose to pursue his music career.

King Promise came into the music industry in 2016 with his first single titled Thank God, featuring Ghana top singer, Fuse ODG, the song which was produced by Killbeatz.

His music genres include R ‘n’ B, Afrobeats, Highlife, and Hip-hop. Other hit songs include “Selfish”, “CCTV”, “Oh Yeah” among many others.

He won a number of awards, including the best male vocalist of the year at the U.K edition of the Ghana Music Awards and the Hiplife Song of the Year at the 3 Music Awards.

King Promise believes that he will meet the entertainment needs of his Ghanaian fans and beyond. This is what a great performer does through music. As he keeps at it, it is important to note that the Accra-based artist has been privileged to work with some of the best musicians in the industry.

He has worked with superstars such as Fuse ODG, Scientific, J-Town, Pappy Kojo, and Adina just to mention a few. What stands out though is the smashing hit with Sarkodie in the Dj Vision’s record titled “Double Trouble”

King Promise is a talented Ghanaian singer and songwriter with an estimated net worth of $200,000.

King Promise was rumored to be in a relationship with Serwaa Amihere, a Ghanaian broadcast journalist and news presenter who currently works with GHOne TV.

However, the singer said in an interview that he is not dating Serwaa Amihere, rather they are good friends.