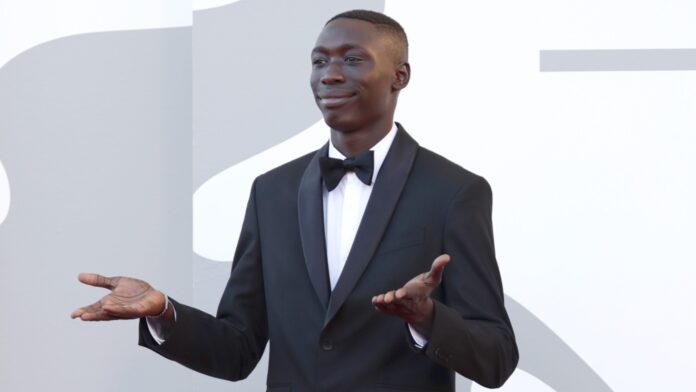 Lame was born on March 9, 2000, in Senegal. When he was a year old, his family relocated to a public housing project in Chivasso, Italy. He is one of three siblings.

He attended Italian schools up until the age of fourteen, at which point his parents chose to temporarily put him to a Quranic school close to Dakar.

Prior to being fired in March 2020, Lame worked as a CNC machine operator in a factory close to Turin.

Khaby Lame started posting on TikTok after losing his job due to the COVID-19 pandemic. The majority of his early videos, which featured him dancing and playing video games, were shot in Italian and had subtitles in that language.

His TikTok “duet” and “stitch” reactions to videos showing overly-complicated “life hacks” in which he executes the identical task in an uncomplicated manner, without uttering a word, followed by his signature hand signal, helped him gain popularity.

He surpassed Gianluca Vacchi in April 2021 to become the second-most followed TikToker in Italy, then in July 2021, he surpassed Addison Rae to take that position.

Khaby Lame made an appearance as a co-star in the Juventus F.C.’s introduction of Manuel Locatelli in August 2021.

He visited the Venice Film Festival in September 2021 as a special guest for the world premiere of French director Xavier Giannoli’s Lost Illusions.

Lame and Hugo Boss agreed to a multi-year relationship in January 2022, and Lame participated in the #BeYourOwnBoss campaign.

With 142.1 million followers on TikTok as of June 22, 2022, Lame surpassed Charli D’Amelio as the platform’s most popular creator.

Khaby Lame is a famous Senegalese-Italian TikTok star with a net worth of $5 million. The talented social media personality has over 150 million TikTok followers.

Khaby Lame is an adherent of Islam. In October 2020, Lame declared his engagement to his longtime girlfriend Zaira Nucci.

Since the age of one, Lame has resided in Italy. Up until August 2022, when the Italian Undersecretary of the Ministry of the Interior Carlo Sibilia declared that he would be granted citizenship, he was a Senegalese citizen residing in Milan with his agent.

Lame claimed that he “always felt Italian” and that he “did not need a piece of paper” to characterize himself as an Italian in the past.