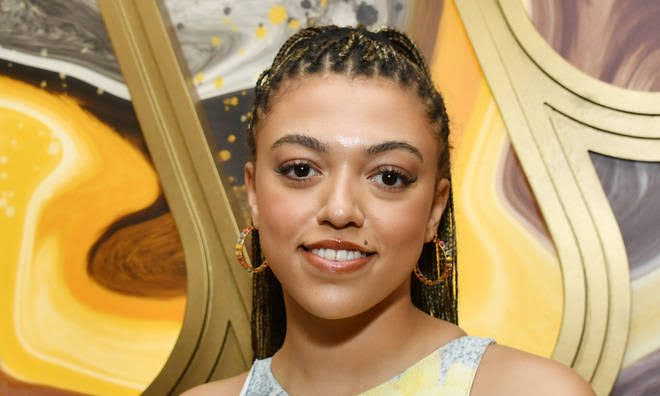 Mahalia Burkmar, born May 1, 1998, better known as Mahalia, is a popular British Jamaican singer, songwriter, and actress. She made a breakthrough in 2017 when she sang “Sober” for the Colors YouTube channel. Mahalia was ranked first on YouTube’s Ones to Watch list in 2018.

Mahalia is a native of Leicestershire’s Syston, Charnwood. She was born to musicians. Her mother is Jamaican and her father is British-Irish.

Mahalia has described the place she grew up in as having “a lot of racism” and being primarily white. She has two brothers.

Prior to signing a record deal at the age of 13, she attended Roundhill Community College.

After that, she transferred to Birmingham Ormiston Academy, a performing arts school, where she took acting classes.

She used to frequently spend her summer vacations at home creating music as a child. She wrote her first song at the age of eight and signed a contract with Asylum Records at the age of thirteen.

She made her stage debut at the age of “eleven, or maybe 12” at an open mic, and she spent the next eight years of her life singing backup for various musicians, including Rihanna and Kehlani! For providing this crucial information, we especially thank O.W.

In 2012, she released Head Space, her debut EP. [10] Following her introduction to Ed Sheeran, Mahalia went on to support him on stage.

Mahalia was highlighted on the Brit List on BBC Radio 1 in 2019.

Her debut album, Love and Compromise, was promoted upon release. An interview with Eartha Kitt that Mahalia’s mother showed her when she was a young girl served as inspiration for the album’s concept.

She and American rapper Rico Nasty collaborated on the song “Jealous,” which was released in 2021.

At the 63rd Annual Grammy Awards, she received her first nomination for Best R&B Performance.

Mahalia performed at the Birmingham 2022 Commonwealth Games in 2022.

She also served as one of the opening acts for Adele’s British Summer Time concerts in London’s Hyde Park, which featured an all-female lineup.

Mahalia Burkmar is a popular British Jamaican singer, songwriter and actress who has a net worth of $2.5 million.

Mahalia Burkmar is a stunning celebrity singer who is attractive with beautiful body shape.

She is not yet married and hasn’t revealed information regarding her boyfriend as she is not known for flaunting men on her Instagram account.