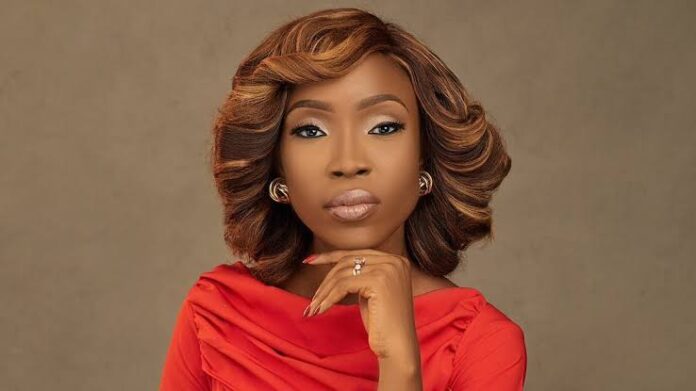 Kemi “Lala” Akindoju, born March 8, 1987, is a talented Nigerian actress. She is a native of Ondo State and started her career as a stage performer. Kemi Akindoju won the Africa Magic Trailblazer award for her role in the film Dazzling Mirage.

Kemi Lala Akindoju was born into a family of four children in Ondo State where she hails from and had her elementary school education.

She attended Queens College, Lagos for her secondary education where she obtained her Senior Secondary School Certificate.

She proceeded to study insurance at the prestigious University of Lagos and went on to receive a master’s degree from Pan-Atlantic University, where she studied media and communication.

Lala Akindoju made her acting debut in the stage production of “All I Want for Christmas” in 2005. Since then, she has appeared in more than 70 theatre and screen projects worldwide.

She was a member of the group of performers chosen to play at the Theatre Royale Stratford East as a part of the Olympic Cultural Olympiad during the London 2012 Games.

She works as a facilitator and teaches improvisational drama as a member of the faculty at the Lufodo Academy of Performing Arts (LAPA).

Lala Akindoju is the CEO of The Make It Happen Productions, a production business that tells African stories via all media, particularly cinema, television, and stage, and who also has extensive experience as an actor, director, and producer.

She worked as the casting director and associate producer with Ndani TV for “Gidi Up” and produced The V-Monologues in May 2013.

Lala Akindoju also organizes the Open Mic Theatre, a place where actors can get together, network, and find new talent.

She is also dedicated to transforming the world and has joined the World Economic Forum as a global shaper.

Kemi Lala Akindoju is a famous Nigerian actress. She has an estimated net worth of $1 million. She has amassed wealth with her films.

Kemi Lala Akindoju is married to Gbubemi Fregene also known as Chef Fregz. The couple got married in September 2018 with the union blessed with a son who was born in February 2021.