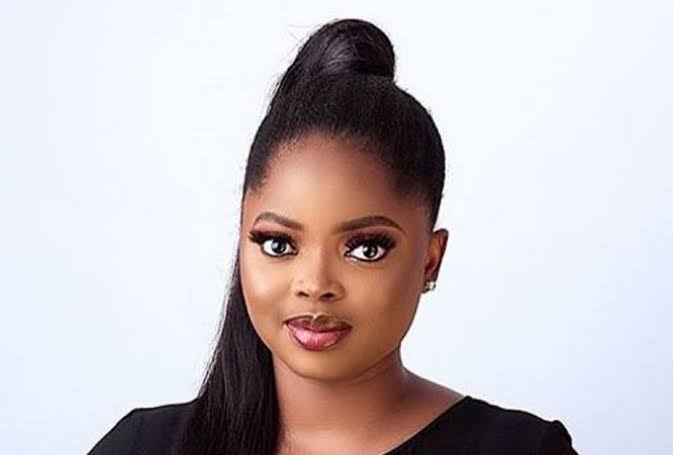 Juliana Oluwatobiloba Olayode, born June 7, 1995, famously known as Juliana Olayode or Toyo Baby, is a Nigerian actress and sexual purity activist. She is also well known for publicly criticizing young people in Nigeria for having sex before getting married.

Juliana Olayode was born into a big family of eight people. She was raised in Lagos, Nigeria.

Olayode is an indegene of Ipokia local government, in Ogun State, the Southwest geopolitical zone of Nigeria.

She was a drama queen growing up, but she never dreamed she would become an actress.

Juliana Olayode is an actress, MC, motivational speaker, and brand ambassador who has won numerous awards.

She had been in four or five films before she gained notoriety, including Couple of Days where she played the role of “Judith”.

After going to the audition, she was given the part in Jenifa’s Diary. She later rose to fame as a well-known figure in Nigeria’s film industry.

Olayode maintains her reputation as the girl next door despite gradually becoming well-known thanks to her role as Toyo Baby in the popular TV show.

Despite the tendencies of fame and fortune, she works to maintain her sense of reality.

Juliana Olayode is a popular Nigerian actress and activist who has an estimated net worth of $200,000.

Rebirth: From Grass to Grace, Olayode’s autobiography, was released in the second half of 2017. She discusses her personal life, sexual abuse, and professional problems in the book.