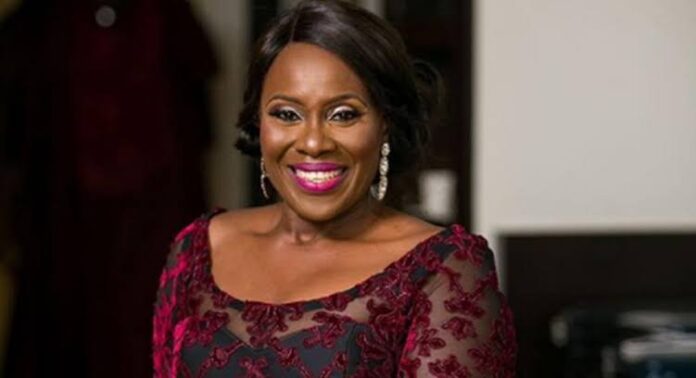 We bring you Joke Silva biography with information about the talented Nigerian actress which you might not know.

Joke Silva is one of the best Nollywood actresses with several movies to her name since she came into the Industry.

Joke Silva MFR, born September 29, 1961, is a popular Nigerian actress, director, and businesswoman. She was born in Lagos State, where she originally hails from and had her early education. Joke Silva has starred in several movies in both English and Yoruba languages and graduated from the University of Lagos.

Joke Silva was born into an Amaro family of four children. Her father, Emmanuel Afolabi Silva, was a lawyer, while her mother, Adebimbola Silva, who was a pioneering doctor, died in July 2015.

Joke Silva attended Holy Child College in Lagos before she relocated to England, where she studied drama at the Webber Douglas Academy of Dramatic Art in London.

She returned to Nigeria to study English at the prestigious University of Lagos, Lagos State.

During her university days, Silva was part of a cultural group that included the playwright Bode Osanyin and the singer Stella Monye.

She has appeared in lots of movies including her earliest role in the 1990 English film Mind Bending.

In 1993 she appeared in Owulorojo, and another movie titled Violated in 1995.

She has appeared in several Nollywood movies and TV series making her one of the best actresses in Nigeria.

Some of Joke Silva’s films include:

Joke Silva is a top Nollywood actress. She has an estimated net worth of $5 million, making her one of the richest Nigerian actresses.

Joke Silva is married to veteran Nigerian actor Olu Jacobs, and the couple are blessed with two children.

The legendary couple met in 1981 at the National Theatre, Lagos during the 21st Independence anniversary.