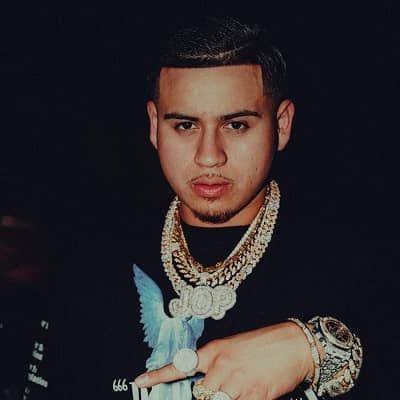 Jesus Ortiz-Paz, born May 13, 1997, is a famous Mexican internet personality, vocalist, and corridos performer. He is widely known for his role in the corridos band “Fuerza Regida.” Jesús Ortiz Paz was born in Mexico where he grew up with his parents.

Actress Jess Ortiz-Paz was born on May 13, 1997. He is a citizen of Mexico and has resided in both Mexico and California. He is also a Taurus, according to the zodiac.

In addition, he has avoided discussing his parents, siblings, and other family members. However, he has posted a few pictures of his parents on Instagram.

Additionally, little is known regarding his academic history, although he is educated having attended both elementary and high school.

Jess Ortiz-Paz is an excellent musician in her professional life. He is well-known among Latinos and gained notoriety when he joined the group “Fuerza Regida.”

He uploaded a few of the band’s songs on his individual YouTube channel, “Jesus Ortiz.” Only a few of the songs in the collection are Disciple Usted and El Manuelito.

A corridos band called “Fuerza Regida” began their start on YouTube before putting out their debut album in 2018.

The group’s debut No. 1 album on the Regional Mexican Albums chart was Del Barrio Hasta Aqui.

The “Fuerza Regida” ensemble, made up of Jess Ortiz-Paz, Requinto Samuel Jimez, Armonia Khrystian Ramos, and Tuba Jose, has been under his direction since 2017 and is situated in Sinaloa, Mexico.

Jesús Ortiz Paz is a popular Mexican internet personality, vocalist, and corridos performer with a net worth of $10 million.

Ortiz has black hair and eyes of the same color. He has a mixed racial background.

Jesus has loved music a lot since he was a young child. He enjoys cooking and making a variety of delicious meals.

Jesús Ortiz Paz is in a relationship with Jailyne Ojeda Ochoa. Huge numbers of people follow his entrepreneur girlfriend on Instagram.

Paz, though, shared a video of her and her lover singing and playing the guitar. Other than this, there is no information regarding participating in disputes or controversies.