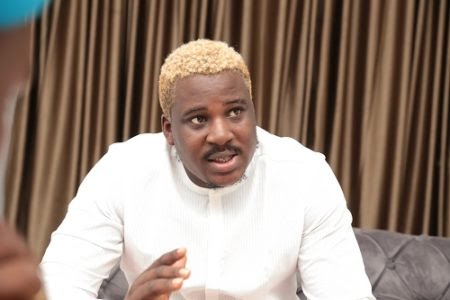 Adebayo Ridwan Abidemi, born on April 5, 1995, Isbae U, is a popular Nigerian comedian, actor, content creator, and skit maker. He is one of the most sought-after skit makers in Nigeria with lots of funny comedy to his name. Isbae U came into prominence following his collaboration with Mr. Macaroni in a comedy skit which went viral.

Isbae U was born and raised in Lagos state where he had his education before he started comedy. He is the son of Kamal Adebayo, a veteran Nigerian actor.

The popular skit maker hails from the South western part of Nigeria, the Yoruba ethnicity.

While growing up, Isbae U fell in love with comedy and used to crack jokes for his siblings.

Isbae U began his career by doing comedy skits on social media which earned him massive fame and a hike in his Instagram followers.

In 2019, he rose to fame after he was featured on Mr. Macaroni’s comedy videos.

Isbae U has worked with other top comedians and skit makers including Sydney Talker, BrainJotter, MC Lively, Nasty Blaq, Broda Shaggi and other content creators.

Isbae U is a talented comedian and skit maker with an estimated net worth of $300,000.

The prolific content creator amassed his wealth through his comedy skits on YouTube and directs advertisements for his comedy videos.

‘isbae U is not married and doesn’t have a child. However, he has made the decision to keep his current girlfriend’s identity a secret.

Isbae ‘Bae’ U Barbie allegedly has a relationship with fellow comedian and content creator, Kemz Mama.