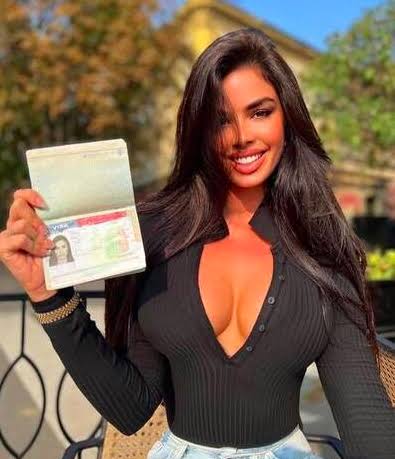 Ivana Knoll, born September 16, 1992, is a popular Croatian model, social media influencer, and internet sensation. She rose to the spotlight during the 2018 FIFA World Cup, which she traveled to watch with her country. Ivana Knoll made an appearance in the stadium during the 2022 FIFA World Cup in Qatar.

Ivana Knoll was born in Frankfurt, Germany, on September 16, 1992. We don’t have a lot of information on her parents or siblings.

She attended a private high school although the information about the schools she attended hasn’t been made public.

She grew with up with her parents and siblings then moved to her country home, Croatia.

Ivana Knoll now enjoys a lavish lifestyle with posh possessions, including a mansion and expensive cars.

She has earned money as a social media influencer by endorsing a variety of products on her Instagram account and other social media sites as well.

Ivana Knoll is the founder and proprietor of the clothing company wearknolldoll (knölldoll), according to her Instagram profile.

She is also a content developer and social media influencer in addition to this. For more information about Ivana Knoll, read this article.

When it comes to her professional life, Ivana first began as a model. She began taking part in modeling competitions.

She gained notoriety, according to the sources, as she was named a finalist for Miss Croatia World 2016. In addition to this, she worked with other renowned modeling agencies and clothing companies.

Ivana Knoll is a famous Croatian model, content creator, and social media influencer who has a net worth of around $2 million.

This stunning model attained enormous fame in the trade. She partnered with numerous well-known models and celebrities due to her fame.

Her fans are eager to learn more about her romantic relationships. Ivana withholds all information regarding her present relationship status and boyfriend, nevertheless.