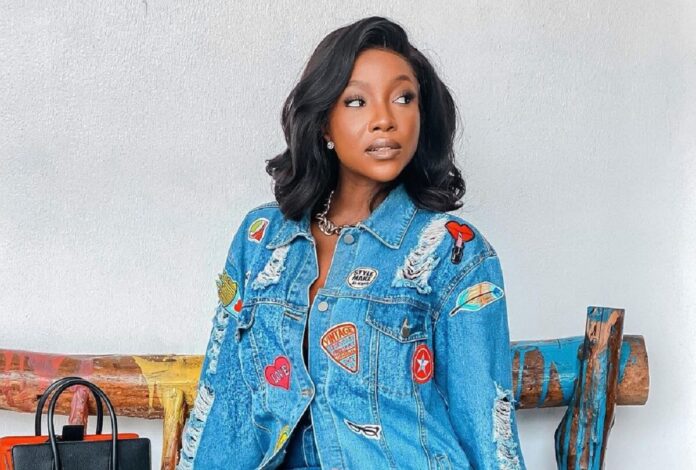 Ini Dima-Okojie, born June 24, 1990, is a Nigerian actress and filmmaker. She resigned from her job in investment banking to enroll at the New York Film Academy. She was born in Lagos State but originally hails from Edo State, Nigeria

She came into spotlight after her first television appearance on Taste of Love and has since featured in many films including the multicultural romcom, Namaste Wahala in 2021.

Dima-Okojie is from Esan North-East LGA, Edo State, Nigeria. She was born and raised in Lagos, her father is a medical doctor while her mother is a retired banker and entrepreneur.

Ini Dima got admitted into the elite Covenant University, Nigeria where she earned a degree in International Relations.

Ini Dima Okojie previously worked with investment banking which she resigned to pursue a career in filmmaking, She earned a degree in acting and filmmaking from the New York Film Academy.

Dima-Okojie resigned from her banking job to join the entertainment industry which sparked reactions with many criticizing the actress who is now one of the best actresses in Nigeria.

She began her Nollywood career as a production assistant on the film Before 30 and went on to make her acting debut in the television series, Taste of Love, playing the role of “Feyisayo Pepple”.

In 2016, she played the role of “Hadiza Ahmed”, a Muslim lady who began a romantic relationship with a man from another religious background, in the film North East. Her role in the film earned her a nomination for Best Actress in a Supporting Role at the 2017 Nigerian Entertainment Awards.

She was also nominated for the Most Promising Actress at the City People Movie Awards and also bagged the nomination at the Future Awards Africa in 2017.

She played the role of Hadiza in a 2016 web series by Ndani TV, Skinny Girl in Transit and was also featured in 5ive, It’s her day, and North East in the same year.

Ini Dima-Okojie is a talented Nollywood actress with an estimated net worth of $300,000. She is an outstanding actress and filmmaker who has featured in several Nollywood movies.

Ini Dima Okojie is happily married to Abasi Ene-Obong. They got married in July 2021 in a glamorous traditional wedding after a colorful engagement party.

Ini Dima Okojie is a devoted Christian from Catholics family. She has sited has cited Majid Michel and Richard Mofe-Damijo as her favorite Nollywood actors.

She opened up on her Instagram page in December 2020 that she has been struggling with Uterine fibroid from 2017.

Despite been rumored to be in a relationship with Nigerian singer and rapper, Falz, which the actress responded in an interview that it’s all rumors.