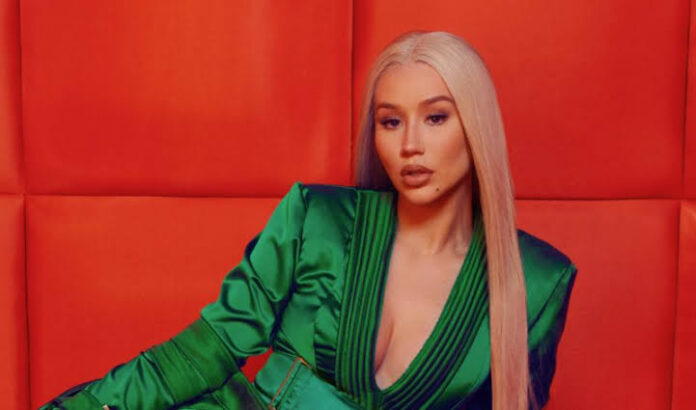 Amethyst Amelia Kelly, born June 7, 1990, professionally known as Iggy Azalea, is a famous Australian rapper, songwriter, and model. Azalea relocated to the United States from Australia when she was 16 years old in order to pursue a career in music.

Amethyst Amelia Kelly who is known professionally as Iggy Azalea, was raised in Mullumbimby, New South Wales, after being born in Sydney.

Tanya Kelly, her mother, worked as a housekeeper in resorts and hotels, while her father, Brendan Kelly, was an Irish-Australian painter and comic book creator.

Azalea resided in a home surrounded by 5 hectares (12 acres) of land that her father hand-built from mud bricks. She has two brothers and sisters, Mathias and Emerald Kelly.

The New Classic (2014), Azalea’s debut studio album, reached the top five on a number of international charts, although industry critics weren’t unanimous in their praise.

As a result of the album’s eventual success on the Billboard Top R&B/Hip-Hop Albums list, Azalea became the first female rapper from a country other than the United States to do so.

Azalea’s debut single “Work” and the number-one single “Fancy” (featuring Charli XCX), both of which debuted on the U.S. Billboard Hot 100, came before The New Classic.

Azalea’s maiden entries on the Hot 100 with these singles made them the second musical act (after The Beatles) to rank at numbers one and two concurrently.

With the aforementioned songs and the album’s fifth single, “Black Widow” (featuring Rita Ora), which debuted later that year, she also managed to score three top ten hits simultaneously on the Hot 100.

After releasing her debut album, Azalea put out a ton of singles to get people excited for her upcoming second album, Digital Distortion.

However, the project was abandoned as a result of numerous disputes with her label and internal issues. As a result, Azalea changed record labels and issued the EP Survive the Summer (2018) through Island Records.

Further arguments prompted Azalea to separate from Empire and form her own label, Bad Dreams, under a distribution agreement.

15 music videos by Azalea have received more than 100 million views on Vevo, and her official YouTube channel has received 3.4 billion views overall.

Iggy Azalea is a famous Australian rapper, songwriter, and model with a net worth of $15 million.

In a January 2012 interview with Vibe, she confirmed their relationship.

A$AP Rocky announced in July 2012 that they were no longer dating, and Azalea later removed her tattoo, which had the name A$AP crossed out for years.

Together, they shared a home in Tarzana, California. They announced their engagement on June 1st, 2015.

After a video of Young boasting about cheating on Azalea surfaced online, Azalea said that she and Young had broken up on June 19, 2016.

She had a brief relationship with Moroccan-American rapper French Montana in 2016.