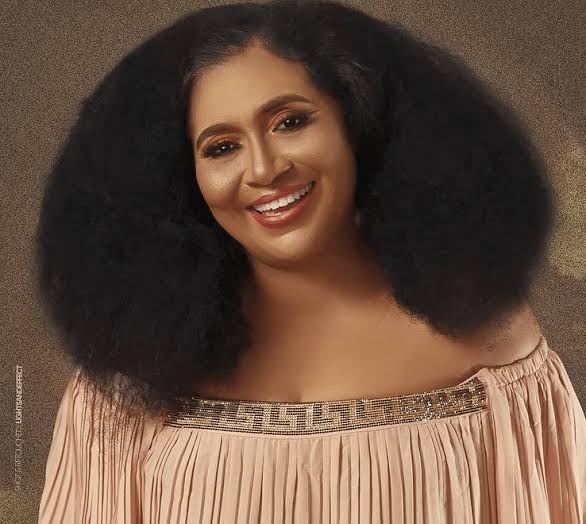 Hilda Dokubo, born October 22, 1969, is a Nigerian award-winning actress, activist, and youth advocate. She was the special adviser on youth affairs to Peter Odili, a former governor of Rivers State. Hilda Dokubo rose to fame with her debut film, Evil Passion. Hilda Dokubo was born in Buguma, Asari-Toru, in Rivers State.

Hilda Dokubo was born in Buguma, a town in Asari-Toru, Rivers State, into a family of six children, being the first child.

Hilda Dokubo’s mother was a teacher, while her father an engineer. Her parents were supportive of her career and education.

She graduated from the University of Port Harcourt with a Bachelor of Arts and a Master of Arts in Theatre.

Hilda Dokubo made her acting debut in the 1992 movie Evil Passion when she was serving in the youth service.

Since her breakthrough into the Nollywood movie industry, she has appeared in and produced a number of Nigerian movies.

Gone Forever, End of the Wicked, My Goodwill, and The CEO are among her movies.

She appeared in the 2019 film Locked, a narrative about raising awareness of mental health.

Hilda Dokubo developed and is the director of the Center for Creative Arts Education (CREATE), a non-governmental organization that uses the arts to empower young people and women.

Hilda Dokubo is a famous Nigerian actress. She has an estimated net worth of $800,000.

Hilda Dokubo and Karo Mrakpor are happily married with the union blessed with a son named Tuvi Mrakpor.

Dokubo participated in a street demonstration in Lagos, Nigeria, in June 2020 against rape and other violent crimes against women.

She participated in the Port-Harcourt End SARS protests in October 2020 against police brutality.

In March 2020, Dokubo and Kate Henshaw organized an online protest against the selection of Senator Ishaku Elisha Dabo of the Adamawa North Senatorial District as the Actors Guild of Nigeria’s patron.