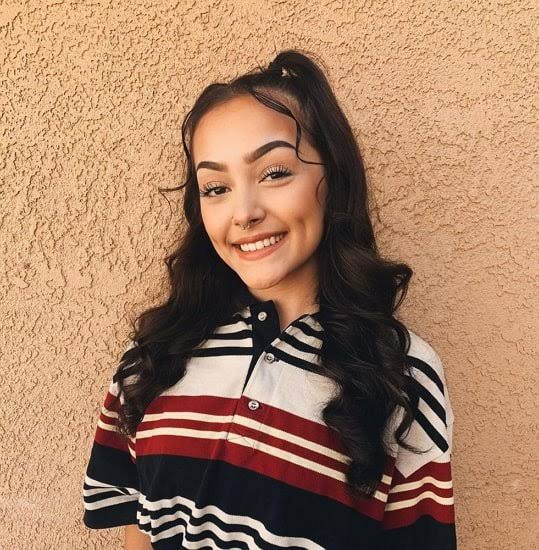 Hailey Orona, born December 24, 2002, is a popular rapper, model, singer, and dancer. She rose to fame through social media with over 10 million followers across TikTok and Instagram. Hailey Orona is an outstanding celebrity who has modeled for top brands.

On December 24, 2002, in Upland, California, Hailey Orona was born. She has two sisters and two brothers and is of Mexican origin.

After her parents’ divorced in 2005, her mother raised her and her two siblings in Ontario.

When Hailey Orona was in the seventh grade, she started her social media career by opening a TikTok account with the username “@Hailo.”

She established her Instagram account in 2015 with the username “@yt.ona.” She did, however, begin to gain followers in the middle of 2017 as a result of her popularity as a TikTok muser for posting dancing and lip-syncing vignettes.

She also shared videos of her attempts at challenges on TikTok, including one effort at the “Invisible Box Challenge.” By October 2017, she had amassed over 300k followers on Instagram.

However, she deleted the ‘yt.ona’ account for an unidentified reason and started a new Instagram account with the name ‘lil.ona,’ which quickly racked up over 460k followers in a short period of time.

The vlog was a heavily edited video that included scenes from her day.

To inform her followers that her ‘lil.ona’ Instagram profile had been hacked and that she had switched to a new profile with the handle @Real.Ona, she published a video on her YouTube channel on December 17, 2017.

The new account gained followers quickly, reaching over 200k at one point in just two weeks.

By May 2018, she had one million Instagram followers. To commemorate the achievement, she uploaded a Q&A video to her YouTube channel.

Hailey Orona is a popular rapper, model, singer, and dancer who has an estimated net worth of $500,000.

Hailey Orona confirmed that she was dating Brandon Westenberg in the summer of 2018.

On September 20, 2018, Hailey Orona posted a “Boyfriend Tag” video to her YouTube channel. Brandon Westenberg had to correctly predict the answers to her video questions.