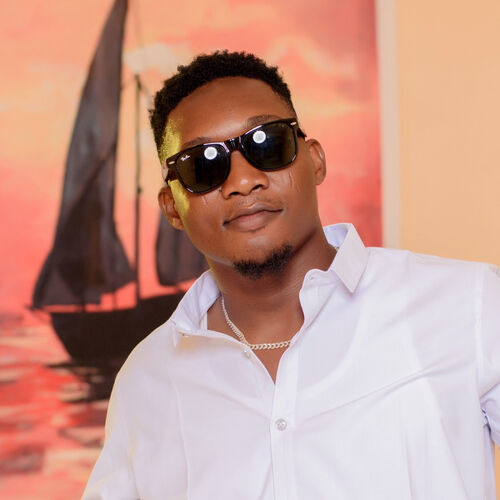 Bright Goya, born May 4, 1993, better known as Goya Menor, is a Nigerian singer, rapper, performing artist, hypeman, and record producer. He was born in Benin, Edo State, where he hails from. Goya Menor came into prominence after he released the Amapiano version of the trending song Amena featuring Nektunez.

Goya Menor hails from Benin, Edo State, the South-South part of Nigeria where he was born and raised alongside his siblings under the intensive care and support of his parents. He grew up in Ekpoma City, Edo State.

While growing up, Goya Menor spent some of his time listening to Nigerian songs on the radio which triggered his love for afrobeats, Hip hop and other genres of music including some american songs.

He had performed in several school and church events being a strong member of his church’s choir.

Goya Menor’s parents are lovers of education so they made sure all their children are done with their educational endeavours and Goya Menor is not an exception.

He had his primary and secondary education in Edo State where he obtained his First School Leaving Certificate (FSLC) and secondary school certificate.

After his secondary education, Goya Menor gained admission into Ambrose Alli University, Ekpoma where she studied and graduated with a Bachelor’s degree in Sociology and did his one year compulsory NYSC.

Goya Menor is a creative and talented singer who began his music career while he was young and released some unofficial songs while he was in the university, craving to get to stardom.

After graduating from the university, Goya Menor took his music career seriously although things were not rosy so he decided to move to Lagos state to advance his career in music and make it big.

While in Lagos, the singer was opportune to meet wave of the moment rapper, Erigga and they did a song together titled “Make I Yarn” in 2016, the song was massively accepted by fans especially with Erigga being a fan favourite.

Goya Menor later ventured into hyping and was one of the best Hypemen in Lagos. However, he wasn’t satisfied because he wanted to be a superstar musician.

In 2021, he teamed up with Ghanaian producer, Nektunez to deliver Amena Remix, the Amapiano version which gained massive plays and became the fans favourite especially when played in Nightclubs.

The song did wonders and broke records after becoming the most Shazamed song in the world in 2021 and earned the number one spot in Apple’s Top 100 songs. Amena Amapiano remix has been used severely on TikTok videos.

Goya Menor is a talented and popular Nigerian singer and rapper. He has an estimated net worth of $100,000.

Goya Menor is not yet married and has not disclosed information regarding his relationship. The talented singer is more focused on his music career, having hit the spotlight with his Amena Amapiano remix featuring Nektunez.

The superstar is an advocate of the youths and always advises against cultism which he even made clear in the lyrics of his song.