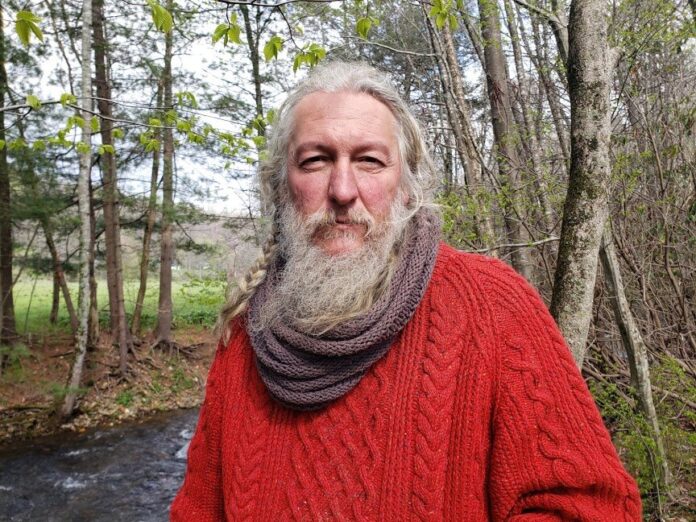 Eustace Robinson Conway IV, born September 15, 1961, better known as Eustace Conway, is a popular American naturalist who is the subject of the book The Last American Man by Elizabeth Gilbert. Additionally, he was the focus of Sarah Vowell’s Adventures in the Simple Life on the once-weekly radio program This American Life with Ira Glass.

The 1,000-acre (4.0 km2) Turtle Island Preserve in Boone, North Carolina, belongs to him. He is one of the featured characters in the Mountain Men television series on the History channel.

Eustace Conway was born in South Carolina’s Columbia and grew up with his three siblings. Conway left his home at the age of 17 to live in a tipi in the woods.

He claims to have broken the world record for the quickest time to ride a horse across the United States from the Atlantic to the Pacific in 103 days. He has climbed the entire Appalachian Trail.

However, according to the books Bud & Me and The New York Times and Los Angeles Times at the time, the record for traveling across North America on horseback was really 62 days.

Eustace Conway’s cross-country trip was covered by This American Life in the episode “Adventures in the Simple Life,” which aired on September 11, 1998. Conway and his group recorded the audio for the program on a handheld recorder.

Full Circle: A Life Story of Eustace Conway, a 2003 documentary about Conway, was directed by Jack Bibbo. In the Edward Tyndall-directed 2012 documentary Reconvergence, Conway is one of four prominent protagonists.

Conway had an appearance on the History channel’s reality program Mountain Men.

The show centered on his routine of doing his chores and putting food away for the winter. Conway struggles to keep title of his land after it was threatened by a lien.

Because the traditional structures on Turtle Island broke building regulations, the island was forced to close its doors to the public in November 2012.

Eustace Conway appeared to be moving toward a resolution with the North Carolina Building Code Council by the middle of December 2012.

Conway was arrested for trespassing on a neighbor’s property in a disagreement over the property line, continuing the legal challenges to Turtle Island, just after this apparent advancement with the code council.

The North Carolina Building Code Council’s issues with Conway were rapidly noticed by state officials. A proposal to exempt primitive structures from the restrictions of the building code was made by the North Carolina General Assembly.

Eustace Conway is a popular American naturalist with a net worth of $200 thousand.

Chief Johnson, Eustace’s grandpa, founded “Camp Sequoyah” and became renowned as “a great American” and one of the “fathers of American camping.” Later, the camp served as the cornerstone for his “Turtle Island” program.

His mother, who grew up in a “Sequoyah” camp log home with a large stone fireplace, served as an inspiration for Eustace. She taught her son about the natural world.

Eustace Conway’s father was a Professor of chemical engineering. He has benefitted greatly from his father as well. A fantastic hiker, his father could cross 50 miles of mountain routes in a single day.