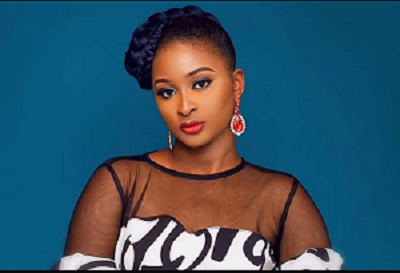 Etinosa Idemudia, born on March 3, is a Nigerian actress, comedian, film maker, and social media influencer. She is widely known for her online comedy skits. She hails from Warri, Delta State, where she was born. Etinosa is popular for her break-out role as Amanda in the sitcom Chairman.

Etinosa Idemudia was born in Warri, Delta State, to Sylvester Idemudia, a reverend and founder of Victory Group of Schools, and Patricia Idemudia, a retired group general manager of Greenfield Refineries (NNPC Group).

Etinosa attended Victory International School in Warri for her primary school where she obtained her First School Leaving Certificate.

She had her secondary education at Cambridge International School in Warri and Igbinedion Education Centre in Benin, Edo State.

Covenant University awarded her a bachelor’s degree in computer engineering in 2011 after completing her program in the prestigious institution.

Etinosa then attended the Royal Arts Academy, which is run by renowned filmmaker Emem Isong, and graduated with a Diploma in Performing Arts in 2016.

Etinosa began working as a Planning Engineer with Delattre Bezons Nigeria, a subsidiary of Entrepose Contracting, after graduating from university.

She used to work as a planning engineer for oil and gas construction projects until 2016, when she switched full-time into acting.

She quickly established ‘EtinosaTV,’ where she performs comedic sketches. Made for More, The Miracle Centre, Blindspot, Stacy, and The Millions are among the films and television shows in which she has appeared.

The skits received positive feedback, propelling her to prominence in the Nigerian entertainment business, culminating in her receiving the Best Online Comic Act award at the 2016 Scream Awards.

Etinosa enrolled at the Royal Arts Academy in Lagos, Nigeria, in 2016 to pursue a Diploma in Performing Arts, following which she left her engineering profession to pursue a full-time career in the entertainment industry.

Her first film debut was in a brief cameo part in Emem Isong’s Little White Lie.

She has been in a number of prominent Nollywood films and television shows since then, including Devil in Agbada, Blood of Enogie, The Call, Chairman, Corpershun, and Love in the Wrong Places.

For her portrayal in the short film Scheme, she earned the prize for Best Actress at the 48 Hours Film Project in 2017.

The release of the movie’s trailer sparked a lot of interest in the film, which is set to be released in the summer of 2018.

Etinosa has worked as a content provider for MTN, a renowned Nigerian telecoms company, on their MTN Comedy Plus platform, and as a brand ambassador for MUVng, a car rental firm situated in Benin, Edo State, Nigeria.

During the COVID-19 Pandemic lockdown in Nigeria in April 2020, Etinosa began conducting a weekly online talent competition for aspiring performers on her social media platforms.

Etinosa is a popular Nigerian actress, comedian and content creator, with an estimated net worth of $300,000.

Etinosa and her partner welcomed their first kid in December 2020. Etinosa’s father died in September 2021 after a long fight with an unidentified disease.

On her social media channels, she wrote an emotional tribute to him, describing his death as the deepest grief she had ever felt.