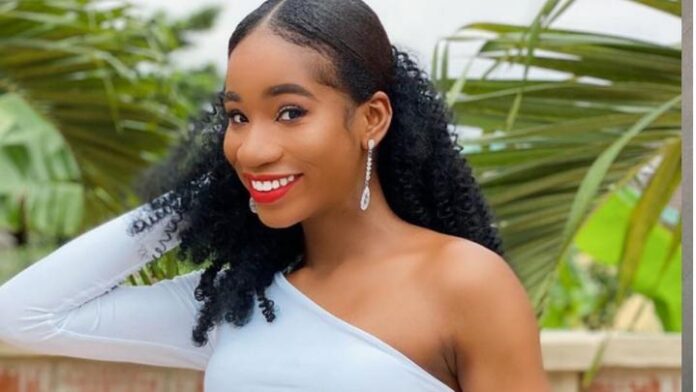 Esther Uzodinma, born on March 30, 2002, is a Nigerian actress, television presenter, and producer, best known for her role as “Angela” in the Africa Magic TV series My Siblings and I. She was born and raised in Lagos State but hails from Imo State, Nigeria. She is a mass communication student at the University of Lagos.

Esther Uzodinma was born and raised in Lagos State, Nigeria. She is from the southeastern Nigerian state of Imo.

While growing up in Lagos State, she completed both her elementary and secondary education earning First School Leaving Certificate and Senior Secondary School Certificate.

Esther made her acting debut in the Africa Magic drama television series My Siblings and I, which premiered in January 2018. In the television series Sade, Esther played the character “Sade” (The Missing Girl).

Since joining the Nollywood industry, Esther Uzodinma has been in a number of notable Nollywood films. She has a natural talent for interpreting characters in films and has amassed a significant following in Nigeria in her brief career.

She is a fantastic Teen Africa TV presenter and a brand ambassador for O & K Enterprise and GO Glow Skincare.

The estimated net worth of Esther Uzodinma is around $300,000. The actress is one of the brilliant and super talented fast-rising stars in Nollywood.