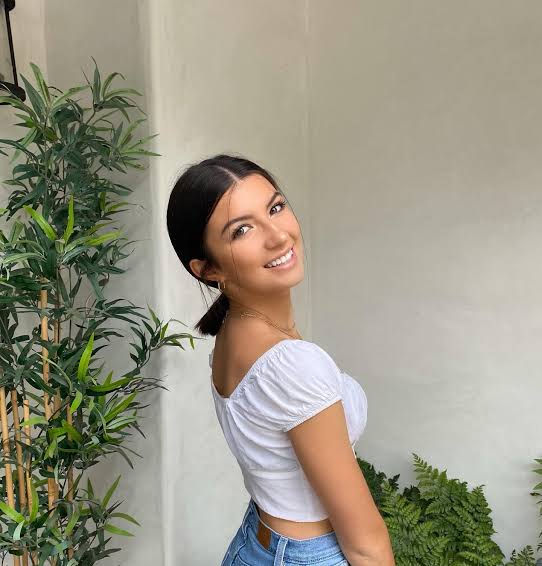 Ellie Zeiler, born March 6, 2004, is a famous American model and social media influencer. She rose to prominence after her video went viral on TikTok. Even though Zeiler is still a relatively new user of the platform, she already has millions of fans.

Rick and Sarah Zeiler welcomed Ellie Zeiler into the world on March 6, 2004, in the United States. In San Diego, California, she was raised.

Ben and Will, Zeiler’s twin brothers, and Zeiler were raised together. In California, she went to Del Norte High School.

She enjoys playing a number of sports and has been an ardent athlete. In middle school, Zeiler participated in golf and basketball.

Ellie Zeiler joined the social media scene via the well-known video-sharing platform TikTok. Although the date she registered for the app is unknown, she started using it in March 2020.

Her most popular videos on her TikTok account, elliezeiler, are lip sync, dancing, and food ones. She also posts videos about effective activism.

Zeiler originally attracted the attention of her followers after well-known dancer and social media sensation Charli D’Amelio commented on one of her TikTok videos, claiming that the two look alike.

In only about a month, she amassed 2 million followers.

On the app, she currently has over 142 million likes and almost 5.6 million followers.

Ellie Zeiler posts her sporadic images on an Instagram feed. Her Instagram pictures demonstrate her exquisite style of dressing and ease posing for the camera.

She has approximately 764 thousand followers on Instagram thanks to her trendy photos.

Since there have been speculations that TikTok may be banned in the US due to the COVID-19 outbreak, influencers like Zeiler and others have turned their attention to other social media sites, namely YouTube.

Ellie Zeiler is a famous American model and social media influencer who has an estimated net worth of around $2.5 million.

Zeiler has switched schools numerous times because her father frequently relocates due to his work.

She wants to go to New York University and pursue a real estate job. She loves makeup and one day hopes to start her own cosmetics company.