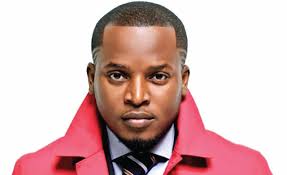 Lanre Dabiri, born May 23, 1977, better known as eLDee, is a retired Nigerian-American rapper, singer, and record producer. He is currently working as an IT consultant based in the United States. eLDee has released five solo albums.

eLDee was born in Kaduna state, Nigeria’s northern geopolitical zone. He is originally from Lagos Island in Lagos State, Nigeria.

Before moving to Lagos for his higher education, he attended Command Children’s School in Kaduna and Essence International School.

In 2001, he earned a master’s degree in architecture from the University of Lagos in Nigeria.

eLDee is regarded as a forefather of the afrobeats music genre. In 1998, he formed Trybesmen, one of the music groups that popularized the fusion of Hip-hop, highlife, pop, and traditional afrobeat music.

By the year 2000, Trybesmen had become a continental hit and had played an important role in shaping the new music genre.

eLDee released a solo album titled Long Time Coming after moving to the United States in 2002.

He then released the album Return of the King in 2006, which included the single “I Go Yarn.” The new album took home the award for “Best International Album” at the Nigeria Entertainment Awards in New York City in 2007.

eLDee has worked as an artist, producer, director, and consultant for interactive media.

eLDee is a retired Nigerian-American rapper, singer, and record producer with a net worth of $1 million.

eLDee married his long-term partner, Dolapo Latinwo-Bello, and they have two daughters, Temi and Toke.

In December 2013, he posted a message on his official Twitter page expressing his support for gay rights, saying that he hopes Africa will realize one day that anti-gay sentiment is no different than racial or religious discrimination.