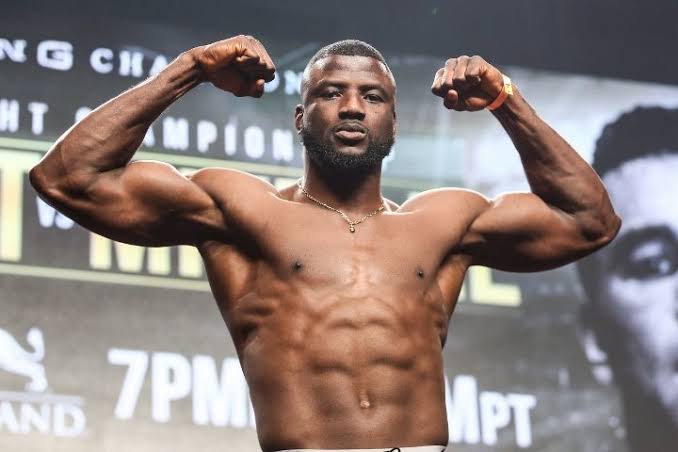 Efe Ajagba, born April 22, 1994, also known as The Silent Roller, is a Nigerian professional boxer, who holds the record for the fastest victory in boxing history after his opponent was disqualified for leaving the ring one second after the opening bell.

Efe Ajaga is originally from Ughelli, Delta State, in the South-South part of Nigeria, where he was born and raised.

Efe Ajaga has made his country proud with his fighting abilities and has won a gold medal at the 2015 African Games.

Ajagba was born in Ughelli, Delta State, Nigeria. Prior to becoming a professional boxer, he formerly worked in a bakery.

As an amateur boxer, he won a gold medal at the 2015 African Games and a bronze at the 2014 Commonwealth Games.

Ajagba started boxing in 2011 after previously playing football for a club in Ughelli since 2005.

Ajagba was selected as the Nigerian entrant in the men’s super heavyweight event at the 2015 African Games held in Brazzaville, Republic of the Congo, and he won the gold medal, beating Keddy Angnes of the Seychelles by a score of 3–0 in the final.

Efe Ajaga is Nigerian professional boxer. He has an estimated net worth of $1 million.

Efe Ajaga is not yet married. He is currently single and only focusing on his career.