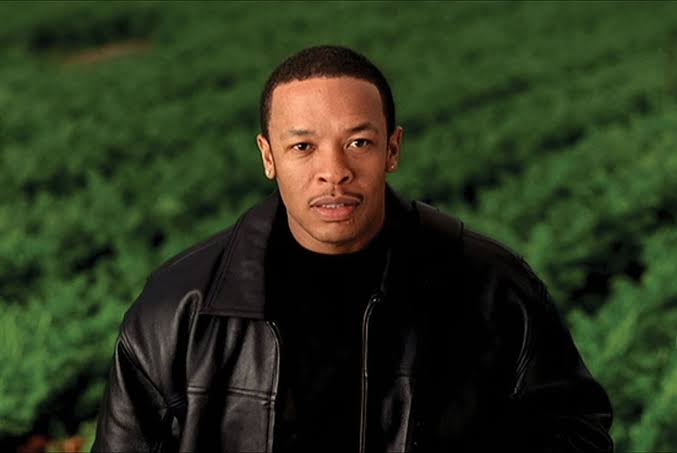 Andre Romelle Young, born February 18, 1965, professionally known as Dr. Dre, is a legendary American rapper, entrepreneur, and record producer. He is a co-founder of Beats Electronics, which was purchased by technology behemoth Apple Inc. in 2014 for $3.4 billion.

Dr Dre was born to the family of Theodore and Verna Young, on February 18, 1965 in Compton, California. His father’s amateur R&B group, the Romells, inspired the creation of his middle name.

Later, his mother remarried and had three children with Curtis Crayon: daughters Shameka and Tyree (both died) and boys Jerome and Tyree

The family frequently changed residences, residing in both apartments and homes in the Los Angeles neighborhoods of Watts and South Central as well as Compton, Carson, and Long Beach.

According to Dre, he spent the majority of his childhood in Compton’s New Wilmington Arms housing project with his grandmother.

Later, his mother wed Warren Griffin[26], giving birth to three stepsisters and one stepbrother, the latter of whom would later start rapping as Warren G.

Dre and Sir Jinx, a producer, are cousins. During his first year of high school in 1979, Dre attended Centennial High School in Compton; however, due to subpar academic performance, he switched to Fremont High School in South Central Los Angeles.

He tried to enlist in a Northrop Aviation Company apprenticeship program, but his academic performance disqualified him.

The remainder of his high school career was spent concentrating on his social life and entertainment.

He is a co-founder of Beats Electronics, which was purchased by technology behemoth Apple Inc. in 2014 for $3.4 billion.

After co-founding and running Death Row Records, he is also the creator and CEO of Aftermath Entertainment.

His career began in 1985 as a member of the World Class Wreckin’ Cru, and a year later he joined the gangsta rap group N.W.A.

Dre was also recognized as a significant contributor to the development and acceptance of West Coast G-funk, a hip-hop subgenre distinguished by a synthesizer foundation and slow, powerful beats.

Dr. Dre became one of the best-selling American music artists of 1993 after leaving the defunct N.W.A and Ruthless Records in 1991. His solo debut studio album, The Chronic, was released in 1992.

It was supported by the hits “Let Me Ride” and “Nuthin’ but a ‘G’ Thang,” the latter of which won him a Grammy for Best Rap Solo Performance.

He returned to the music scene in late 1999 with his sophomore solo album, 2001, following a seven-year break and problems with Death Row.

Dre concentrated on producing other musicians for the rest of the 2000s, occasionally lending vocals.

He signed, produced albums for, and managed the careers of several musicians in his social circle. Dre has additionally appeared in a few supporting roles in movies like Set It Off, The Wash, and Training Day.

Despite Dre’s fame as a musician, reports of his abuse of women have been extensively reported since 1991 and will likely do so again in 2021.

Dee Barnes, Michel’le, Lisa Johnson, Tairrie B, and his ex-wife Nicole Plotzker-Young are just a few of his victims.

In August 2015, two weeks after the release of Compton, his third album and first in sixteen years, he apologized to the women “I’ve hurt.”

Dr Dre is a legendary American rapper, entrepreneur, and record producer who has a net worth of about $800 million.

Dr Dre was in a relationship with Cassandra Joy Greene and the two had a son named Curtis on December 15, 1981.

When Dre was 16 and his then-girlfriend Cassandra Joy Greene was 15 years old. Curtis was raised by Greene and first met Dre 20 years later.

Rapper Hood Surgeon was the stage name for Curtis.

La Tanya Danielle Young is a daughter born to Dre and Lisa Johnson in 1983. Dre and Johnson are parents to three daughters.

Andre passed away on August 23, 2008, at the age of 20, at his mother’s Woodland Hills residence from a heroin and morphine overdose.

Dre dated vocalist Michel’le from 1987 to 1996, who frequently provided vocals to songs on Ruthless Records and Death Row Records. They have a son called Marcel in 1991.

Nicole Young, a former spouse of basketball player Sedale Threatt, and Dre got married in 1996.

A son named Truice was born in 1997, and a daughter named Truly was born to them both.