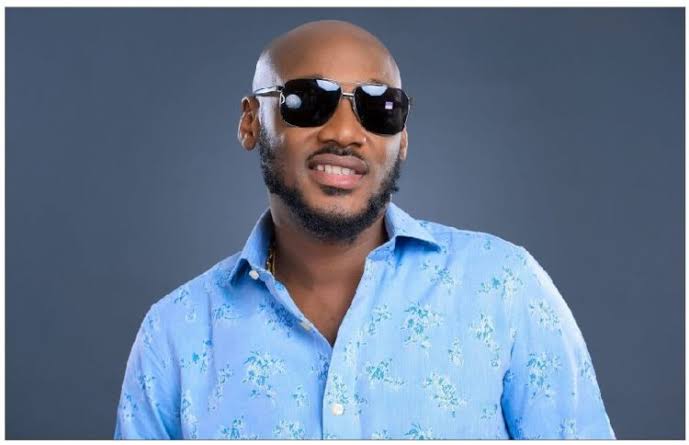 2Baba also known as 2Face Idibia was born in city of Jos, Plateau State, Nigerian. He is a native of the Idoma ethnic group in the Southern part Benue State in central Nigeria.

He attended Mount Saint Gabriel’s Secondary School In Makurdi, Benue State then enrolled at the Institute of Management & Technology (IMT) in Enugu, where he completed his preliminary National Diploma course in Business Administration and Management.

2Baba performed at school-organized shows and parties, as well as other regional schools such as the University of Nigeria and Enugu State University of Science and Technology while he was attending.

He eventually dropped out of school to pursue a career in music. 2face Idibia began composing and singing jingles at the GB Fan Club at Enugu State Broadcasting Services (ESBS) in 1996 while attending IMT.

He relocated to Lagos and began performing with fellow Benue artist Blackface Naija. During his secondary school education, he met Blackface.

He went on to form the Plantashun Boiz trio band with Blackface Naija and Faze.

Relations were strained for many years, during which the band disbanded and its members pursued solo careers. Long after the “Faze vs Tuface” feud, the band reunited in 2007 to record their third and final studio album, Plan B. (2007).

On numerous occasions, BlackFace claimed that 2Face was performing songs co-written by both of them without paying him. After a protracted legal and media battle, the matter was finally settled amicably.

Plantashun Boyz disbanded in 2004, and all band members pursued separate musical careers. Many publications have named 2Baba’s debut solo album Face 2 Face (2004) as the greatest Nigerian debut album of the twenty-first century by a solo artist.

Hits such as “Nfana Ibaga,” “Ole,” and “African Queen” were taken off the album (which has been touted as one of the biggest hits to come out of Africa and served as the sound track to the 2006 Hollywood movie Phat Girlz).

Following the release of his debut album, he released Grass 2 Grace in 2006, which included hits such as “One Love,” “True Love,” and “4 Instance.”

2Baba left Kennis Music after the release of his second solo album, and founded his own record label, Hypertek Digital.

He is a member of the Sony All African One8 Project, along with seven other musicians from Africa.

2Baba is a famous Nigerian singer, songwriter with an estimated net worth of $22 million. He is also a record producer, entrepreneur, philanthropist, humanitarian, and activist

2Baba and Annie Macaulay married in a private ceremony on May 2, 2012, in Lagos, Nigeria. On March 23, 2013, a civil ceremony was also held in Dubai, UAE, with a large number of celebrities in attendance.

2Baba fathered two children with Sumbo Ajala and three with Pero Adeniyi while in a relationship with his then-girlfriend-turned-wife Annie Macaulay-Idibia.

2Baba is the father of seven children.

2Baba has survived near-death experiences, including gunshot wounds from an armed robbery near Oshodi, Lagos.

In 1996, he also took on the stage name “2Face” (Tuface). He explained it as “trying to separate my personal life from my business life.”

Tuface officially changed his name to 2Baba in 2016.

In 2019, 2baba, along with other well-known artists such as Cohbams Asuquo and Timi Dakolo, released a song to raise awareness of children’s rights.