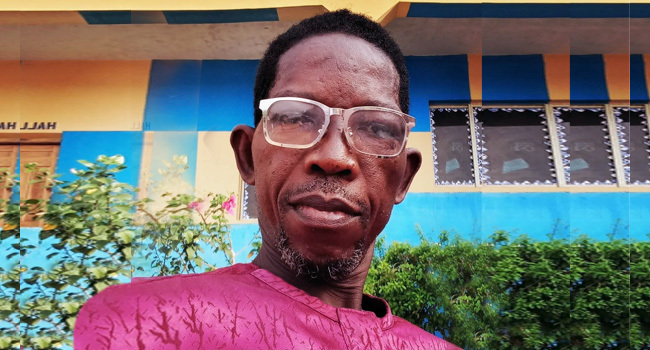 Here is the biography of Dejo Tunfulu with relevant information you need to know about the famous Nigerian actor and movie producer.

Dejo Tunfulu was an outstanding actor who carved a niche for himself and proved to be one of the best in the industry, appearing in several Nigerian movies.

He was born in Idumota, Lagos Island, Lagos State, the Southwest geopolitical zone of Nigeria where he grew up and had his early education.

Dejo Tunfulu hails from Idumota, Lagos Island, Lagos State, the Southwest geopolitical zone of Nigeria where he was born and raised by his parents Mr. & Mrs. Adetokunbo.

He began showing interest in acting while he was young and never relent in working hard in order to achieve his dream goals.

Dejo Tunfulu began his education at the Ansar-Ud-Deen primary school at Lagos Island area of Lagos State where he obtained his First School Leaving Certificate (FSLC).

The legendary actor further his education at the Dolphin High School, Ebute Elefun, Lagos Island, Lagos State, where he obtained his School Certificate.

He later proceeded to the Modern Way Nigeria School of Printing for a certificate in printing.

Dejo Tunfulu started acting while he was in high school when he joined the entertainment society, a school drama club where he featured in a couple of stage plays in the early 80s.

He derived influence and motivation from other top stars including Fausat Balogun (Madam Saje) and Kayode Olasehinde (Baba Ajirebi).

Tunfulu played a key role in the movie titled: “Omo Oran”, featuring the veteran actor Fatai Adetayo (Lalude) which earned him massive fame in the industry.

Dejo Tunfulu was a talented and legendary Nigerian actor. He had an estimated net worth of $700,000.

Dejo Tunfulu was happily married to Mrs. Adesola Olakunle, who sadly passed away in 2012 after giving birth to a child.

His previous marriage was blessed with two daughters “Sammyhat Pamilerin” and “Balogun Boje”.

Popular Yoruba comic actor, Kunle Adetokunbo, who was famously known as “Dejo Tunfulu” sadly passed away at the age of 50.

The news was confirmed by Bolaji Amusan, National President of the Theatre Arts and Motion Picture Practitioners Association of Nigeria (TAMPAN), who spoke to the News Agency of Nigeria (NAN).