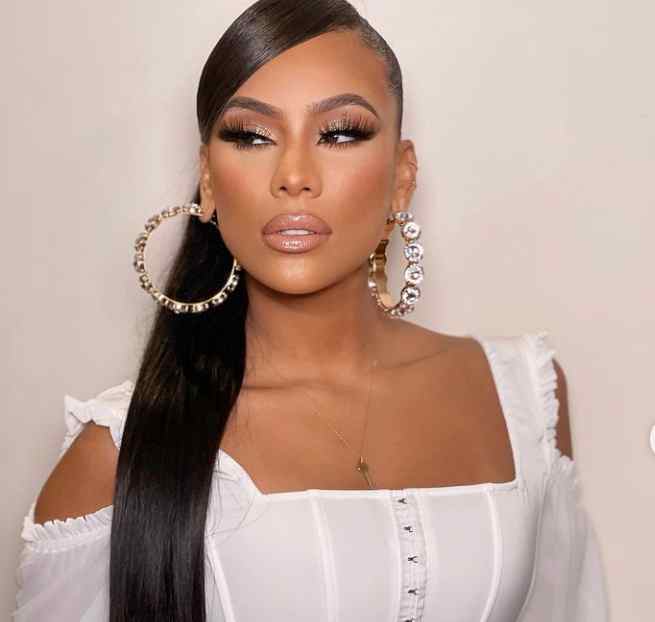 Cynthia Santana, born October 20, 1992, better known as Cyn Santana, is an American reality TV personality and model. She is famous for her Instagram page with over 3 million followers where she shares her captivating photos and videos. Cyn Santana was born and raised in New York, United States where she hails from.

Cyn Santana is widely known for her appearance on the VH1 reality series, Love & Hip Hop: New York, and she rose to prominence by doing parodies of Nicki Minaj, Kat Stacks, and Ray J.

Cyn Santana was born in New York in the United States of America where she grew up with her siblings.

Cyn’s brother Joel committed suicide after his 24th birthday due to depression and mental problems.

Cyn Santana says her brother’s death was one of her biggest regrets and she feels guilty about it.

Cyn began her career by making cameos in ‘Love and Hip Hop: New York’ before joining the show as a cast in 2013 appearing as a main cast until 2016.

In 2016 she launched NU, a clothing line meant for women with curves. She says the fashion line is not for faint of heart but is for the confident and fearless woman ready to conquer her world.

Cyn got engaged to Joe Budden on December 19, 2018 who is a rapper turned social commentator and host of ‘The State of the Culture’.

They started dating in 2016 which later turned out to a serious relationship that they got engaged in 2018.

Cyn Santana and Joe Budden welcomed their son on December 15, 2017. She took to Twitter to announce the arrival of their bundle of joy.

The Love & Hip Hop: New York star called off the engagement, accusing Joe Budden of cheating on her and they broke up in April 2019.

Cyn was previously in a relationship with Erica Mena but they broke up after Erica allegedly cheated.

She claims that her mother even got angry over the relationship after Erica Mena cheated and they parted ways.

Cyn Santana is a popular American reality TV personality, she has an estimated net worth of $1 million.