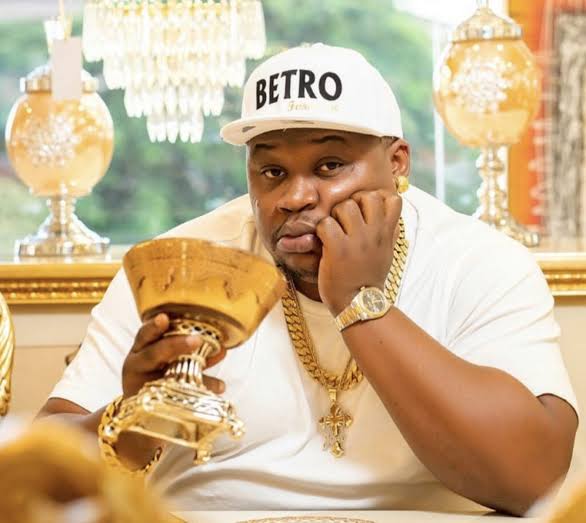 Cubana Chief Priest was born on March 26, 1982 into the family of Mr. and Mrs. Chibuike Okechukwu a native of Umuhu Okabia in the Orsu Local Government Area, Imo State.

He grew up in Imo State his hometown alongside his sister, Onyinyechi Maryanne.

He was raised in a close-knit household and frequently went to church as a young child. His parents, who are Catholics, brought him up in a Christian fold.

Cubana Chief Priest spent most of his early life in Abia State, in the southeast region of Nigeria after he relocated to the historic city of Aba to live with his father and pursue a career in shoemaking.

In a short period of time, he had become an expert shoemaker and diligently worked as an apprentice in his father’s business.

During this time, Cubana Chief Priest also developed his entrepreneurial skills by learning how to promote and sell shoe products to visitors to Aba’s primary market.

Cubana Chief Priest applied and got admitted into the Federal Polytechnic in Nekede, Imo State after which he obtained honorary doctorate in event and luxury hospitality management from a prestigious Nigerian university.

Cubana Chief Priest made the decision to pursue an entrepreneurial profession at a young age while following his father’s footsteps in his shoemaking business.

He started a small business selling shoes to the polytechnic personnel and students while still an undergraduate.

He frequently made the trip to Aba to buy the shoes from his father, then returned to school to resale them to potential customers which gave him fame.

Then, in search of better business prospects, Cubana Chief Priest relocated to Lagos. He crossed paths with nightclub entrepreneur Obi Cubana during this time.

The more experienced businessman made him an offer to work for the newly formed Cubana Group which he didn’t hesitate. He began working as a bartender and rose to the position of General Manager.

He rose to prominence as one of the nation’s top socialites while employed with Cubana Group. He had the opportunity to develop friendships with several VIPs and celebrities in Nigeria and Africa.

But in 2020, Cubana Chief Priest gave up his post as general manager of Cubana Group. In and launched his Club Xhrine in Owerri, Imo State.

Cubana Chief Priest is a top Nigerian entrepreneur, social media and brand influencer who has a net worth of $20 million.