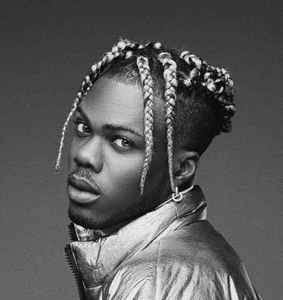 CKay was born in Kaduna state, Northern part of Nigeria, although he is a native of Anambra State with Igbo ancestry.

CKay’s father who was the choir director of their local church, inspired his passion of music and also learn the piano from his father.

He launched his solo career after a friend introduced him to the music-making program Fruity Loops. Prior to that he was a member of a band alongside two of his friends.

CKay moved to Lagos in 2014 after being discovered by Chocolate City while still signed to Loopy Music.

He released a promotional song titled “Bad Musician Bad Producer” on May 6, 2016, and the instrumental was made freely downloadable on all Nigerian blogs for usage in covers, clubs, and radio broadcast.

On August 31, 2016, he formally became a member of the Chocolate City artist roster following the merging of Loopy Music in 2016.

In 2019, Chocolate City released his international hit song “Love Nwantiti,” The song debuted at number one on March 29, 2022, the day the Billboard Afrobeats chart was introduced.

It achieved the first-ever billion-stream milestone on Spotify on May 9, 2022, making it the first African song in history.

He made an appearance on the track “La La” from Davido’s studio album A Better Time on November 13, 2020.

CKay is a famous Nigerian singer and songwriter with an estimated net worth of $5 million.

CKay is not yet married and has not revealed any information regarding his relationship. The singer has been keeping his private life private.

CKay rose to fame through his music and had not relent effort in making it to the international level, rather than being obsessed with relationship.