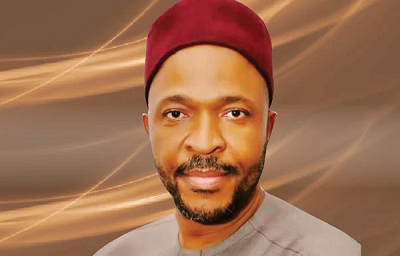 Chukwuemeka Nwajiuba, born August 20, 1967, is a Nigerian politician, lawyer and the current Minister of State for Education of the Federal Republic of Nigeria. He was born in  Umuezeala Nsu in Ehime Mbano Local Government Area in Imo State, Southeast Nigeria. He has previously served as the Chairman of TETFund Board of Trustees.

Emeka Nwajiuba was born in Umuezeala Nsu in Ehime Mbano Local Government Area in Imo State, Southeast Nigeria where he hails from and had his early education.

He attended the Imo State University where he graduated with a Bachelor of Laws (LLB) degree and then proceeded to the prestigious University of Lagos to obtained his Master of Laws (LLM) degree followed by a Doctor of Philosophy (PhD) in Law from the University of Jos.

Emeka Nwajiuba was called to Nigerian bar in 1989 to confirm his as a professional and certified lawyer.

Emeka Nwajiuba started his career as a managing partner of Ayodeji C. Emeka Ibrahim & Co in 1991 after his educational endeavors before he joined politics.

Chukwuemeka Nwajiuba contested for Imo State governorship election under the platform of the All People’s Party in 2003, 2007 and 2011, although he wasn’t elected as governor.

He served as the Chairman of Tertiary Education Trust Fund from 2017 to 2019 before he was re-elected member of the Okigwe North Federal House of Representatives under Accord Party.

He also earned nomination for a ministerial role and became a Minister of State for Education of the Federal Republic of Nigeria in 2019.

Chukwuemeka Nwajiuba is a popular Nigerian politician, lawyer and the current Nigerian Minister of State for Education. He has an estimated net worth of $50million.

Chukwuemeka Nwajiuba is happily married to his beloved wife, although the name is not made public. Their marriage is blessed with two children.

The famous Nigerian politician has refused to disclosed information about her family to the public and the media as a whole, instead decides to live a private life.

In April 2022, Emeka Nwajiuba made headlines when he purchased the All Progressive Congress (APC) presidential form to contest for the forthcoming party primaries.