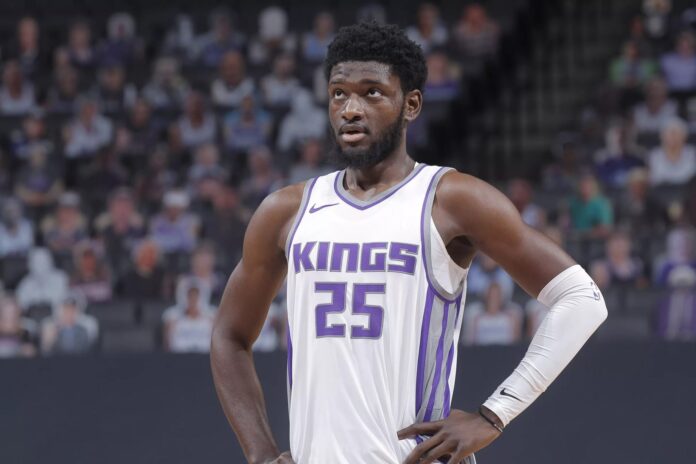 Chimezie Chukwudum Metu, born March 22, 1997, popularly known as Chimezie Metu, is a Nigerian-American professional basketball player who plays for the Sacramento Kings of the National Basketball Association (NBA). He was born to a Nigerian father James Metu and Florence, in Los Angeles, California.

Chimezie Metu was born to a Nigerian parents James Metu and mother Florence in Los Angeles, California. He spent some of his early life in South Bay city of Lawndale.

He attended Lawndale High School in Lawndale, California then proceeded to the prestigious University of Southern California (USC) on May 12, 2014.

Metu moved with his father and siblings to Lagos, Nigeria at the age of 5. He lived in Lagos for few years then relocated back to the United States.

Chimezie Metu played college basketball for the USC Trojans while he was still studying and didn’t fail to work on his basketball skills while growing up.

The professional basketball player was drafted by San Antonio Spurs with 49th pick on June 21, 2018 in the years’ NBA draft. He was also included in the 2018 NBA Summer League roster of the San Antonio Spurs.

Chimezie Metu signed with the San Antonio Spurs on September 4, 2018 and made his NBA debut on October 20, 2018, coming off the bench with two points, two rebounds and a block in a 108-121 loss to Portland Trail Blazers.

Sacramento Kings signed Metu on November 28, 2020 but was waived on December 22 after appearing in four pre-season games. However, two days later the player signed a two-way contract with the Kings, after making 28 appearances, he was signed to a multi-year deal.

Despite spending most of his life in the United States, Metu also represented Nigeria following his inclusion in the Nigerian roster for the 2019 FIBA Basketball World Cup.

Chimezie Metu is net yet married. The skillful basketball player has been keeping his private life out of the media.

He is not in a relationship, as he has not flaunted any girl on social media and has refused to responds to questions regarding his personal life. The youngster is only focusing on his promising career.