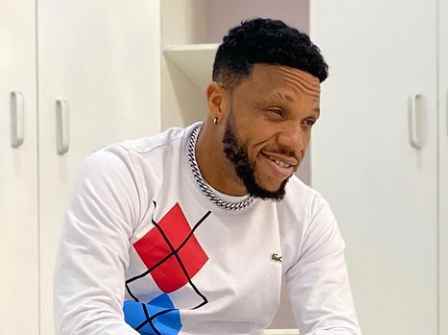 Charles Okocha, born July 5, 1976, also known as Igwe 2pac, is a popular Nigerian actor, singer, and comedian known for playing comic roles in Nollywood movies. He came into the spotlight in 2001 after starring in the movie “Wasted Years” and has since starred in several Nollywood movies. Igwe 2pac is originally from Anambra State, where he was born and grew up alongside his siblings.

Charles Okocha was born on July 5, 1976, in Anambra State his hometown but grew up in Lagos State, Nigeria where he began his career.

He completed his primary and secondary education in Lagos state before he proceeded to a higher institution although the name of the schools remain undisclosed.

Charles Okocha’s career began in 2001 when he got his first movie role in Teco Benson’s movie “Wasted Years“. He said he entered the industry by chance and coincidence.

Being one of the best actors in Nigeria, Okocha has starred in several Nollywood movies, playing key roles. He is widely known for mimicking the American accent and his comic style of acting.

He met Nigerian award-winning film producer and director, Teco Benson, in Surulere, Lagos State, who made him become an actor.

Despite being a popular actor, Igwe 2pac is also an entrepreneur who launched a clothing brand called “Nunu Clothing Line” in 2020.

Charles Okocha is a popular Nigerian actor, comedian and musician. He has an estimated net worth of $500,000.

Charles Okocha is a single father. He has three children, two girls and a boy. Although the name of Charles Okocha’s baby mama is not yet known.

The names of his children are Mercy Okocha, Sean Okocha, and the youngest daughter whose name has not been revealed yet.