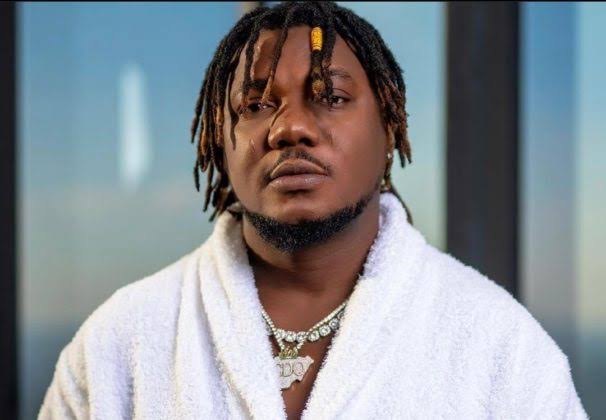 Sodiq Abubakar Yusuf, born May 6, 1985, popularly known as CDQ, is a Nigerian indigenous rapper and songwriter. He is best known for his single “Nowo E Soke” featuring Wizkid and Masterkraft’s hit song Indomie alongside Olamide.

CDQ is from Ilorin, Kwara State, Nigeria, but was born in Orile, a Lagos suburb.

After returning to Lagos State from Ilorin, where he had finished secondary school.

CDQ continued his education at Lagos State University, where he graduated with a B.Sc in Economics.

CDQ began professionally performing music in 2008 as a backup singer for Da Grin before beginning rapping in English with M.I. Abaga.

After winning a rap battle at the weekly Industry Nite in December 2012, he signed a recording contract with Masterkraft’s General Records in 2013.

In 2014, he released his breakthrough single “Indomie,” which featured vocals from Olamide and a remix by Davido.

CDQ’s career was launched by the Masterkraft-produced song, which earned him two nominations at the 2015 Nigeria Entertainment Awards and a nomination in the Best Street-Hop Artist category at The Headies 2015.

In anticipation of his debut studio album, Quality, CDQ enlisted the help of Wizkid, with whom he released “Nowo E Soke” as the album’s lead single.

He revealed the album’s cover art on August 16, 2016, before it was released on August 22, 2016, to positive critical acclaim through General Records.

On November 11, 2016, he established his own record label, N.S.N.S, an abbreviation for No Struggle No Success Entertainment.

CDQ is a super talented rapper and songwriter. He has an estimated net worth of $1.5 million.

Many people were taken aback by the rapper’s initiative to give back to society. He traveled to his home state of Kwara to launch the scheme.

During his first day in Ilorin, the singer also paid a courtesy visit to the Emir of Ilorin to discuss his intentions and plans for the state’s secondary school students.

His two-day trip was jam-packed with activities, and he and his team were warmly welcomed by the school, which organized a special assembly gathering to honor one of their own.

The students received writing materials and wall clocks from the musician.

“The (CEEI) project is targeted at solving writing materials problems in the state as all secondary schools in Kwara State will benefit from it,” the musician’s publicist said of the initiative.

CDQ is not yet although he has a son with an unknown lady whom he is rumored to be dating. However, the rapper has not revealed information about his love life.