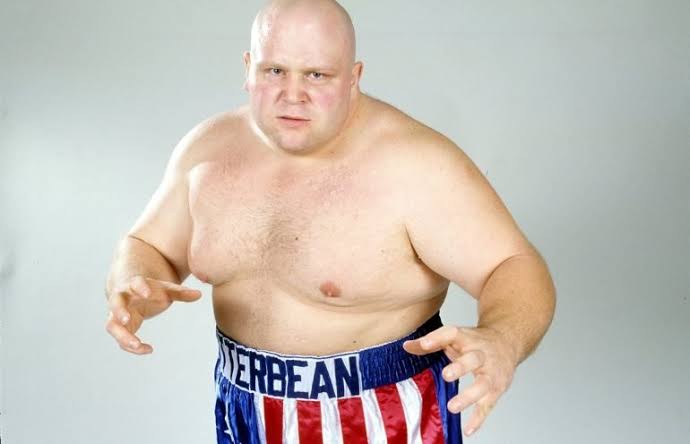 Eric Scott Esch, born August 3, 1966, better known as Butterbean, is a famous American retired professional boxer, kickboxer, mixed martial artist, and professional wrestler. He participated in the heavyweight class. Butterbean has featured in a number of shows and been mentioned by several people, making him a television personality as well.

Esch, a person of German descent, was born in Atlanta, Georgia, but the family moved to St. Johns, Michigan when he was four years old.

At the age of 11, they then relocated once more to Jasper, Alabama. His mother passed away when he was eight, and he experienced bullying at school frequently because of his weight. He had a challenging childhood.

His coworkers dared him to compete in a local Toughman Contest after learning about his training in Bay City, Michigan, when he was decking flooring for manufactured homes at the Southern Energy Homes facility in Addison, Alabama.

After winning the competition, he started a career in combat sports.

Early in the 1990s, Esch began competing in Toughman Contests in Texarkana, Arkansas. He went on to win five World Toughman Heavyweight Championships and compile a 56-5 record with 36 knockouts.

He acquired the moniker “Butterbean” after being made to follow a restrictive diet that mostly consisted of chicken and butterbeans in order to adhere to the new-age trainer Prozay Buell’s “the better Buell” Toughman 400 pound (181 kg) weight limit.

On October 15, 1994, in Birmingham, Alabama, he defeated Tim Daniels in his professional boxing debut. He quickly attracted a cult following and earned the title “King of the 4 Rounders.”

After a successful stint competing in Toughman Contests, Esch turned professional in 1994. He later won the WAA heavyweight and IBA super heavyweight titles.

He began competing frequently as a kickboxer and mixed martial artist starting in 2003, especially in K-1 and the Pride Fighting Championships.

Butterbean has a 97-24-5 overall fighting record, including 65 knockouts and 9 submits.

Butterbean is a popular American retired professional boxer, kickboxer, mixed martial artist, and professional wrestler with a net worth of $500,000.

Butterbean is married to Libby Gaskin and they have three children together; a girl and two boys.

His two sons were both mixed martial fighters in the past.