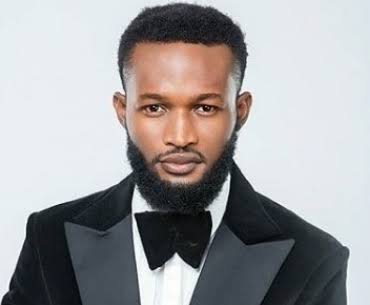 The television presenter has featured in several Nollywood movies, including Written in the Stars, Breaking Ranks and other blockbuster movies.

Bucci Franklin hails from Nkwerre in Imo State, the southeastern geopolitical zone of Nigeria, and was born and raised in Port Harcourt, Rivers State.

He had his primary education at Bereton Primary School before proceeding to New Covenant Secondary School, Rivers State for his secondary education.

The talented actor gained admission into the prestigious University of Abuja to study Theatre Arts and graduated with a bachelor’s degree.

Bucci Franklin began acting while he was at the University of Abuja and went straight into Nollywood after he graduated from the higher institution.

He worked as a presenter with Love FM 104.5 Abuja where he co-anchored the “Morning Show” and solo anchored “Abuja on the Move”.

He participated in the “Spirited Actor Competition,” in 2012 and emerged as one of the top five contestants to represent Nigeria in the United States of America.

Bucci Franklin joined Nollywood and appeared in several movies including Rattlesnake: The Ahanna Story, a movie which was widely available in Nigeria.

As a model and brand influencer, Bucci Franklin models for the House of Aquadi.

Bucci Franklin is a top Nigerian actor and model with an estimated net worth of $500,000.

The actor makes his money through movies and endorsement deals with top brands.

Despite being a popular figure, Bucci Franklin still hides his personal life from the media.

He is not yet married but was rumoured to be in a relationship with Etinosa Idemudia. However, the actress has yet to confirm the authenticity of the rumour.