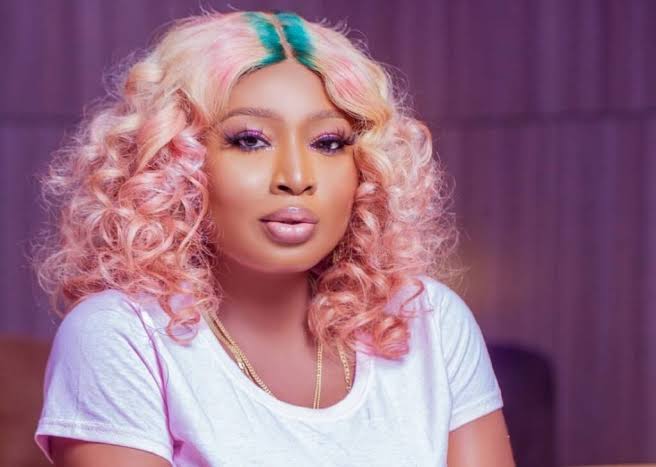 Adebimpe Oyebade, born March 23, 1997, better known as M.O. Bimpe, is a popular Nigerian actress, model, and movie producer. She was born in Ijero Ekiti, Ekiti State, where she hails from. M. O. Bimpe joined Nollywood in 2016 and has since become one of the most sought-after actresses in Nigeria.

Adebimpe Oyebade was born in Ijero Ekiti, Ekiti State, and is the last child in a family of five. M.O. Bimpe grew up in a Christian background alongside her parents and siblings.

While growing up, the talented actress wanted to be a newscaster before she ventured into acting.

After her secondary education, M.O. Bimpe proceeded to Ekiti State University (EKSU), Ado-Ekiti, where she obtained a degree in English language.

Adebimpe Oyebade developed an interest in acting with the inspiration of her father, who is a prominent historian.

She models for the GnG Models Organization while she still focuses on her acting career.

She has appeared in more than 50 Nollywood movies and worked with top superstars in the film industry, including Odunlade Adekola, Lateef Adedimeji and others.

Adebimpe Oyebade is also an entrepreneur who owns Mo Luxury and Just Horganiks, a Fashion store and skincare business.

Adebimpe Oyebade popularly known as MO Bimpe is a Nigerian actress with an estimated net worth of $700,000.

Adebimpe Oyebade was rumored to be in a relationship with fellow actor Lateef Adedimeji.