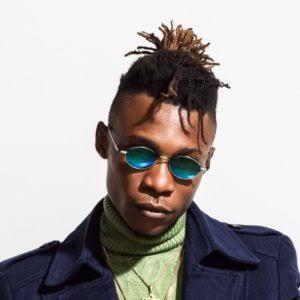 Godson Ominibie Epelle, born July 24, 1994, better known as 1da Banton, is a popular Nigerian singer, record producer, songwriter, and performer. He hails from Port Harcourt, Rivers State, where he was born and raised. 1da Banton came into prominence in July 2017 after he released his debut project “The Banton EP” under the imprint of Squareball Entertainment.

1da Banton was born and raised in Port Harcourt, Rivers State, in the south-central region of Nigeria.

The super talented record producer and dancehall singer relocated to Lagos State in 2014 after he signed a contract with Squareball Entertainment, a record label owned by a Nigerian award-winning music video director.

1da Banton had his primary and secondary education in Port Harcourt, Rivers State, before he relocated to Lagos.

1da Banton grew up in Port Harcourt with a childhood dream of becoming a superstar musician. He joined Squareball Entertainment and released his debut project, “The Banton EP.”

Having been in the music industry for several years, 1da Banton has been responsible for producing some of the hit songs, including Ajebo Hustlers‘ hit song Barawo.

In 2021, he released his much anticipated sophomore project “Original Vibes Machine,” which consists of 15 tracks, including the hit single “No Wahala,” which is trending.

1da Banton has proven himself as one of the best music producers with his gift and ability to sing with a sonorous voice.

Coming out of the city of Port Harcourt, no one would expect him to excel up to this stage, having started from scratch with little or no support from those ahead of him in the industry.

1da Banton is a superb and multi talented Nigerian singer and record producer. He has an estimated net worth of $300,000.

1da Banton is not yet married and has not flaunted any woman on social media as his girlfriend.

The Port Harcourt-born dancehall singer, songwriter, and record producer is more focused on his music career, especially now that he is in the spotlight.