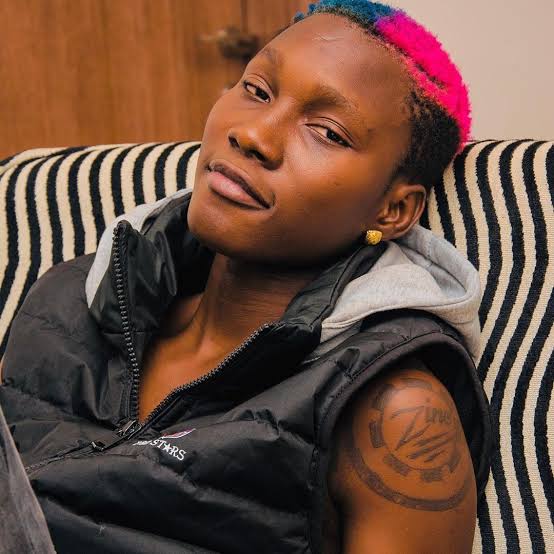 Oniyide Azeez, born November 21, 1999, better known as Zinoleesky, is a talented Nigerian singer, rapper, and songwriter. He rose to prominence in 2017 after his freestyle video went viral on social media. In 2019, Naira Marley signed him to his record label, Marlians Music.

Zinoleesky was born in the Mainland district of Lagos to Muslim parents, Mr and Mrs Azeez, and spent his formative years in Agege Local Government Area.

Eight days after his birth, his parents named him Oniyide Azeez. He was raised as a Muslim and learned to read and recite the Qu’ran at a young age.

He was influenced by Afrobeats, Highlife, Pop, Juju, and Fuji sounds as a child. Listening to music from these genres fueled Zinoleesky’s desire to create music.

For his elementary school education, he attended Lively Kiddies Nursery and Primary School then further his education to a government secondary school where he obtained his Senior Secondary School Certificate.

After graduating from high school, Zinoleesky decided to pursue a professional music career.

He began visiting local studios to record songs he had written at home. He quickly rose to prominence in the Agege Music Community and was frequently invited to perform at city events.

Zinoleesky began recording and posting freestyle rap videos on social media to help his career grow. In most cases, he would rap to popular song instrumentals or do covers of popular country singles.

He gradually grew an audience on social media, as many fans of Afrobeats and Street Pop appreciated his work.

Naira Marley announced to his fans at the Marlian Fest in December 2019 that he was launching his own record label.

He revealed Zinoleesky as the latest member of Marlians Music, as well as three other acts – Mohbad, C Blvck, and Fabian Blu – had signed with the music label.

He has had numerous successes in the industry since joining the Marlian Music family.

He has worked with both established and emerging artists to produce hit Afrobeats songs. He raps in three languages: English, Pidgin English, and Yoruba.

Zinoleesky made a name for himself in the Street Pop scene by releasing the commercially successful EP Chrome.

In 2022, he released the popular singles Rocking and Gone Far with Ahmed Mosh responsible for shooting and directing the music video for Rocking which was released on February 18, 2022.

He was a featured artist on Lil Kesh’s Don’t Call Me single, which was released in December 2021. Since its release, the song has topped several music charts.

Zinoleesky is a talented Nigerian singer and songwriter with an estimated net worth of $500,000.

Zinoleesky is rumored to be dating Shubomi Fashola, Naira Marley’s sister. In a video that went viral, the singer was seen kissing his rumored girlfriend.

Zinoleesky, who goes by the stage names “Show Killer” and “Problem Child,” was arrested alongside Mohbad by the NDLEA for illegal drug possession.