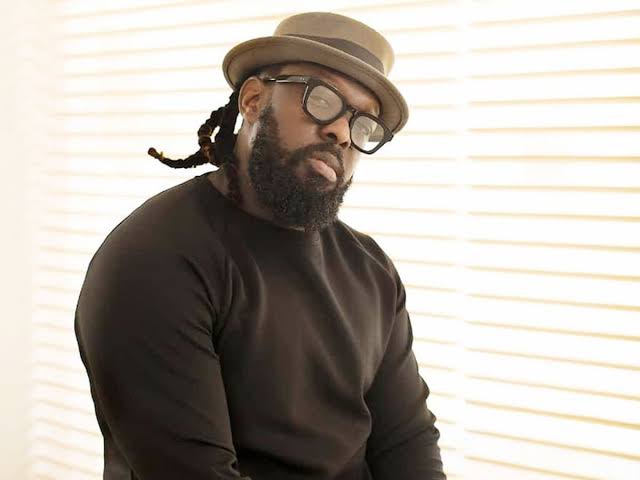 Inetimi Timaya Odon, born August 15, 1980, better known as Timaya, is a Nigerian singer, songwriter and the founder of DM Records Limited. He was born in Port Harcourt but hails from Bayelsa State. He came into the spotlight following the release of his debut single, Dem Mama.

His father worked in bank, and his mother was a trader. Timaya received his early education at Assemblies of God Nursery And Primary School.

He proceeded to Nkpolu Oroworukwo Secondary School in Port Harcourt for his secondary education. He would frequently violate house rules in order to attend late-night music events.

Timaya’s mother arranged for him to travel to Lagos with his older brother and sister before he graduated from high school.

After relocating to the city, he enrolled in Lagos’ Ikeja Grammar School, where he eventually earned a secondary school diploma.

Timaya later returned to Port Harcourt to study Banking and Finance at the tertiary level, but he failed his exams and dropped out after the first semester.

He then returned to Lagos to work as a backup vocalist for Eedris Abdulkareem’s hiphop group. Timaya left the group after three years to pursue his solo career after working for Eedris.

He started recording collaborations with other emerging artists and made his first cameo appearance in an unreleased music video by UDX, a Lagos-based rap group.

After hearing him perform the a cappella version, he met producer Obaksolo in Mafoluku, Oshodi, who produced his first major hit record “Dem Mama.”

On his first album, True Story, he collaborated with Namse Udosen (Menthol X) on the track “Pomporo.”

Timaya described the song in an interview published in August 2013: “‘Dem Mama’ was a story about the destruction of Odi, a riverside community in the Niger Delta, in 1999.

Soldiers were looking for militants who allegedly killed eight police officers. The village was burned down, and many people were killed.

I bravely confronted the issue years later and gained instant street credibility for my bravery.”

Timaya decided to continue working with producer K-Solo after the success of “Dem Mama.” He recorded seven additional songs for his debut album True Story, which was released in 2007.

The album Gift and Grace was released in stores across the country in 2008. Timaya was named “Album of the Year” at the Nigeria Music Awards and “Best Reggae/Dancehall Album” at the Headies Awards in 2008.

At the 2009 edition of The Headies, he also won two awards: “Best Reggae/Dancehall Album” for Gift and Grace and “Best Collaboration” for his feature on J Martins’ “Good or Bad (O Wey).”

Ras Kimono, a legendary reggae singer, made a guest appearance on the album’s second track “Dem No Like Me.”

Collaborations on the album include Attitude, Terry G, and Vector. Duncan Mighty and Timaya collaborated on “I Know I Know Dat,” which was leaked online shortly after the former’s album Footprints was released.

Timaya established his own record label, DM Records Limited. He developed artists such as Patoranking and Runtown under this label.

In 2017, he signed King Perryy, a young Dancehall/Afro-Fusion artist, to his DM Records imprint.

Timaya is a popular Nigerian dancehall singer and songwriter with a net worth of $10 million.

Timaya was named a Peace Ambassador by the Interreligious and International Federation for World Peace (IIFWP) in 2011.

The IIFWP’s co-founder, Dr. Hak Ja Haan Moon, stated that he is “one of those individuals whose lives exemplify the ideal of living for the sake of others, and who devote themselves to practices that promote the founding ideals of the IIFWP.”

Timaya is a father of four children, three of whom are from different women, although he is not yet married.

Timaya has four children: Emmanuella, Gracey, Emmanuel, and Maya. His first two daughters with Barbara Fumnaya Nwaokolo are Emmanuella and Gracey. Emmanuel was with Tamar, and Maya was with Dunnie Onasanya.

He was in a relationship with Nigerian actress, Empress Njamah.