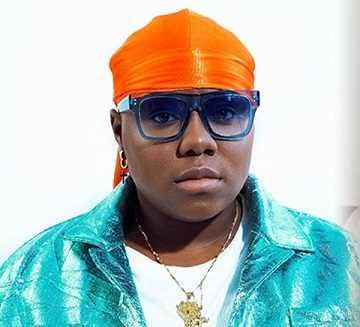 Teniola Apata, born December 23, 1992, better known as Teni Makanaki, is a Nigerian-American singer, songwriter, and entertainer. She was born in Lagos State and is the younger sister of popular Nigerian singer, Niniola.

Teni was born in Lagos State, the Southwest region of Nigeria. She is the younger sister of Nigerian Afrobeat singer, Niniola.

She graduated with a degree in business administration from American InterContinental University.

Teni released her debut single, Amen while she was signed to Shizzi’s Magic Fingers Records. However she later parted ways with the record company in 2017 and joined Dr. Dolor Entertainment.

After releasing the track “Fargin” in September 2017, Teni began to acquire popularity but wasn’t the talk of the town until she released top hits “Askamaya,” “Case,” and “Uyo Meyo.”

Teni was highlighted on YouTube Music’s Trending Artist on the Rise on February 20th, 2019. She released the video for “Sugar Mummy” on May 3, 2019.

On October 11, 2019, Teni released Billionaire, her debut EP with no guests appearance on the project. Pheelz and Jaysynths Beatz produced the EP.

Teni Makanaki has an estimated net worth of $2 million. The singer is one of the richest female singers in Nigeria.

She struck an endorsement agreement with Globacom Nigeria, a major telecommunications company, on October 6, 2020.

Teni received Most Promising Act to Watch at the 2018 Nigeria Entertainment Awards as well as Rookie of the Year at the 2018 Headies Awards.

During the 2018 Soundcity MVP Awards Festival, she was also named Best New Artist.

Teniola ‘Teni’Apata is not yet married. She is not in any romantic relationship, having revealed that she only think about her music.

Teni has been focusing on her music career since she rose to stardom, releasing hit songs and also worked with top music stars.