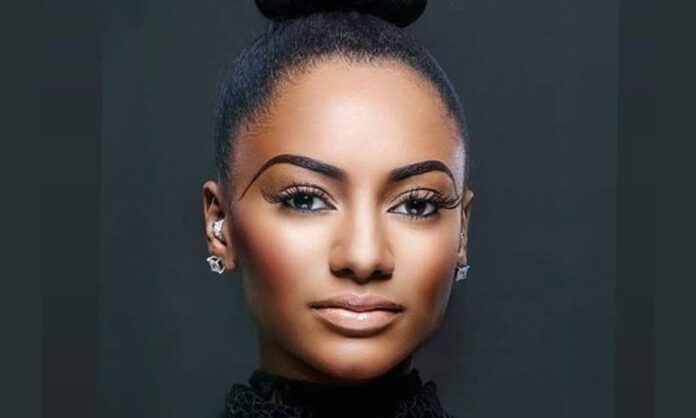 She was born in London, United Kingdom, where she grew up but originally hails from Ibadan, Oyo State, in the south-west geopolitical zone of Nigeria. She is a graduate of Broadcast Journalism and Mass Communications from the University of Wales.

Simi Drey is a super talented broadcaster widely known for her beauty and amazing voice which suits her profession as a TV and radio presenter.

Simi Drey was born in London, England, to Nigerian parents who hail from Ibadan, Oyo State. However, the celebrity presenter didn’t grow up in Nigeria. She had her early education in the United Kingdom and then proceeded to a higher institution.

Having spent some of her life in the United Kingdom, Simi Drey attended and graduated from the University of Wales, obtaining a degree in broadcasting, journalism, and mass communications.

She has participated in different trainings to enhance her skills in broadcasting, making her one of the best TV presenters in Nigeria.

Simi Drey began showing her prowess for acting and broadcasting while she was still in the UK. After her educational achievements, she took her broadcasting profession seriously.

She landed her first job as a media personality at a radio station in Wales called “Calon FM” before she relocated to Nigeria and worked with Nigerian TV and radio stations.

As a media personality, Simi Drey has hosted and interviewed several top Nigerian and international celebrities on red carpets at some of the most glamorous events.

She sited Oprah Winfrey, Mo Abudu and Bonang Matheba as her biggest influences and inspirations in the industry, hoping to get to the top someday.

Simi Drey, who is also known as “The Duchess of Ibadan,” bagged the award for best OAP at the Future Award 2019, and she is the anchor at Beat 99.9 FM and also the host of Movie Talk on African Movie Channel.

Despite being a talented OAP, Simi Drey is also an actress, having starred in several movies and TV series, including “The Governor” and “Tinsel”.

The net worth of Simi Drey is an estimated $500,000. The multi-talented on-air personality and actress has amassed wealth through her skills and gifts. She is one of the richest OAPs in Nigeria.

Simi Drey is married to the love of her life, Julian as they tied the knot in January 2023.

On their third dating anniversary, which was on June 9, 2022, Julian proposed to Simi and got a resounding “yes.”

Simi Drey hopes to be more famous in the entertainment industry, so she talks less about her personal life, as she feels the need to stay focused on her profession.

Simi Drey was previously in a relationship with popular Nigerian actress and media personality, Uti Nwachukwu. They broke up and went separate ways, although the details of their breakup were not disclosed.