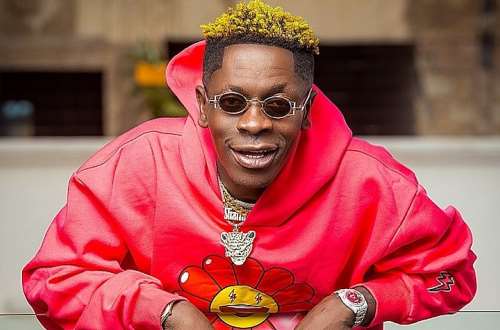 Charles Nii Armah Mensah Jr., born October 17, 1984, professionally known as Shatta Wale is a Ghanaian reggae-dancehall singer, songwriter, and actor. He was born in Accra, the capital city of Ghana, where he grew up alongside his siblings. Shatta Wale is one of the best Ghanaian musicians with several hit songs to his name.

Shatta Wale is known for his popular single “Dancehall King” which was a massive success.

Shatta Wale was born at the Police Hospital in Accra, Ghana into the family of Charles Nii Armah Mensah Senior and Elsie Evelyn Avemegah.

Shatta Wale started showing his love for the arts while in school and he acted in a drama series “By The Fireside” which was held at the National Theatre of Ghana.

Through his hard work in the music industry, he earned a collaboration with Beyoncé on the song “Already,” which was part of her 2019 album “The Lion King: The Gift.”

He has several awards and nominations, including the ‘Best Virtual Entertainer of the Year’ Award at the International Reggae and World Music Awards (IRAWMA).

Shatta Wale is one of the richest Ghanaian musicians with an estimated net worth of $11 million.