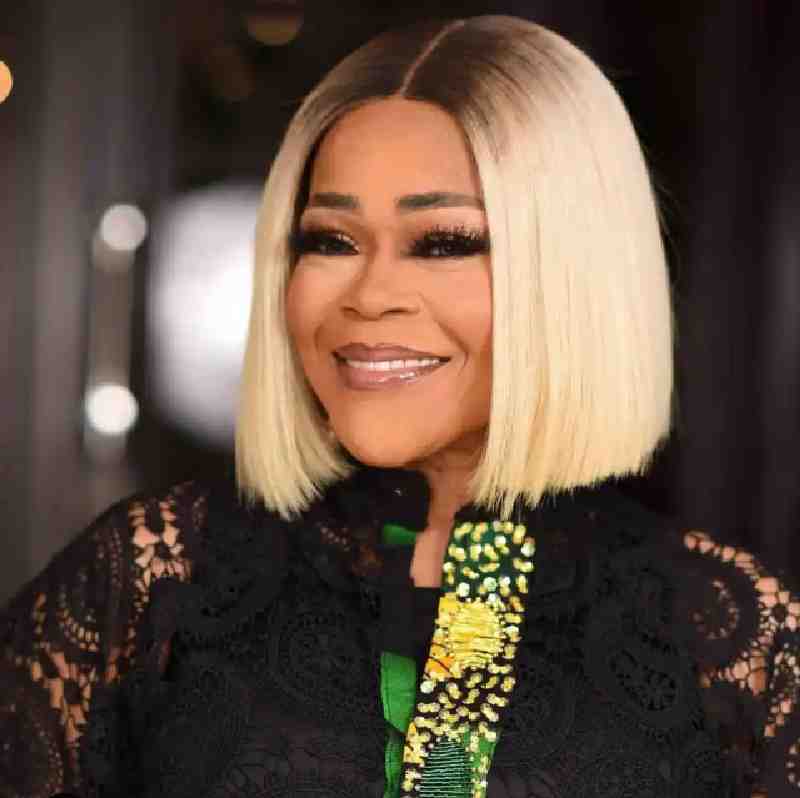 Shaffy Bello-Akinrimisi, born October 8, 1963, popularly known as Shaffy Bello, is a well-known Nigerian film actress and singer. She rose to prominence in 1997 following the release of Seyi Sodimu’s hit song, “Love Me Jeje,” on which she lent her vocals. Shaffy Bello grew up in the United States before returning to Nigeria.

Shaffy Bello-Akinrimisi was born on October 9 and spent most of her life in the United States, where she completed her education.

After breaking into the industry, her first Nollywood film was Eki Keta, a popular Yoruba movie.

She also starred as Joanne Lawson in the award-winning TV series Tinsel, including other Interesting movies.

She is a multi-talented actress and singer, one of the most influential in the industry.

Shaffy Bello is married to Mr. Akinrimisi and the union has been blessed with two children, Ashley and Ashton Akinrimisi.

Ashley Akinrimisi is the daughter of popular actress and singer, Shaffy Bello. She is a vlogger and model.

Shaft Bello’s parents are from Nigeria, although their names are not available now.

There have been rumors regarding the actress’s skin color with many claiming she bleached her skin.