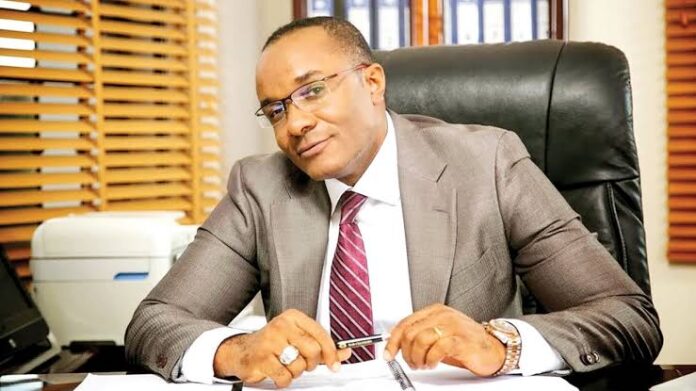 Obinna Nwafor, born November 16, 1965, popularly known as Saint Obi, is a veteran Nigerian actor, producer, and director. He is known for his roles in Nollywood movies such as Festival of Fire, Heart of Gold, Executive Crime, and State of Emergency.

Sanit Obi was born and raised in Jos, Plateau State, where he completed his primary, secondary, and tertiary education.

He graduated from the University of Jos in 1991 with a Bachelor of Arts in Theatre.

Saint Obi entered the acting world in 1996 after appearing in a Peugeot ad on NTA. He has acted in more than 60 films.

Saint Obi produced Take Me to Maama in 2001, in which he also acted as Jerry and shared the screen with Ebi Sam, Rachel Oniga, Nse Abel, and Enebeli Elebuwa.

Obi is an entrepreneur and the founder and CEO of Agwhyte International Limited, a Nigerian and American production, talent, and brand management, and public relations firm.

Saint Obi is the recipient of numerous film awards, including:

Saint Obi’s net worth is an estimated $7 million. He is one of the influential Nollywood actors.

Saint Obi is married to Lydia Saint Nwafor, and together they have a large family of gorgeous children.

As an athlete, he has competed for Plateau State in basketball and football events.