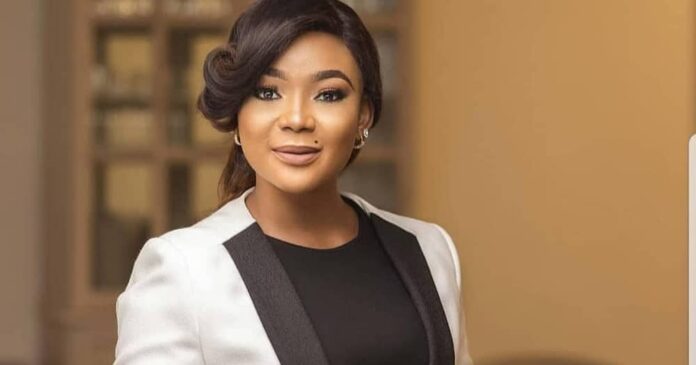 Nnenna Rachael Okonkwo, born May 26, 1987, popularly known as Rachael Okonkwo and Nkoli Nwa Nsukka, is a Nigerian actress, filmmaker, and social media influencer. She is best known for her role as Amanda in the movie Arthur One Eye.

She hails from Ukpata in the Uzo Uwani local government area of Enugu State, the south-east region of Nigeria, where she was born and raised.

Rachael Okonkwo started acting at a tender age, but ventured into dancing due to a lack of movie roles and joined Nollywood in 2007, playing minor roles.

Rachael Okonkwo was born in Ukpata, in the Uzo Uwani Local Government Area of Enugu State, located in the south-east region of Nigeria, where she had her primary and secondary education.

She applied and got admitted to the prestigious University of Nigeria, Nsukka in Enugu State, where she graduated with a degree. Rachael Okonkwo started acting while she was a child, but switched her career to dancing due to a lack of movie roles.

While growing up, Rachael Okonkwo had the dream of becoming an actress, which motivated her to start acting as a child despite not getting movie roles.

She came into limelight when she joined Nollywood in 2007 and played very minor roles; in 2008, she was offered a supporting role to Ini Edo and Van Vicker in Royal War 2.

In 2010, she acted alongside Patience Ozokwor and John Okafor in Open and Close 1&2. She earned her first major role and breakthrough in Nollywood in 2014, following her role as the lead character in Nkoli Nwa Nsukka.

Rachael Okonkwo is a popular Nigerian actress and filmmaker. She has an estimated net worth of $500,000. She makes money through acting, playing several roles in Nollywood movies.

Rachael Okonkwo is a philanthropist and humanitarian who gives back to society with her gestures. She hosts an annual carnival, which aims to provide free gifts to kids and entertainment to the people, to enable her to communicate with her fans.

In 2015, Rachael Okonkwo hosted the first edition of the children’s Easter Carnival aimed at giving free gifts to kids during the Easter celebration in Enugu.

The second edition of the event was held in 2016 in Onitsha, with guest appearances from popular actors including Ken Erics and other top celebrities.

In 2017, another edition that was held in her city of birth, Nsukka, had over 5000 people, with more celebrities like Angela Okorie, Nonso Diobi, Slowdog, Ken Erics, Nani Boi, and Eve Esin, and with sponsorship from top brands.

Rachael Okonkwo is not yet married and has not revealed information regarding her relationship. She lost her mother in 2020. The talented actress has been rumored to be in a relationship, although it is not clear as she hasn’t disclosed any information.

She has debunked rumors linking her to some men and refused to say if she is in a relationship. Okonkwo is only making her career a priority.