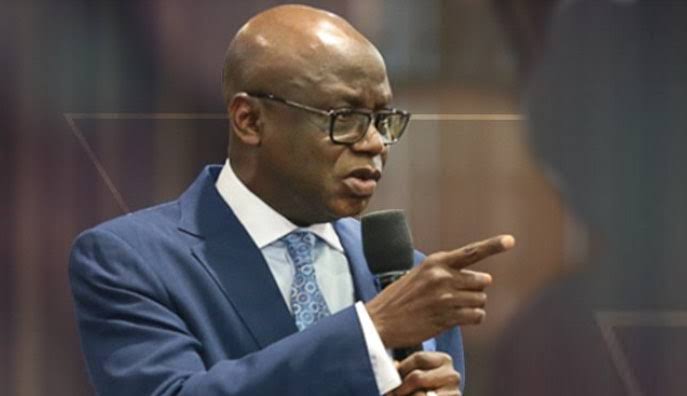 Tunde Bakare, born November 11, 1954, is a Nigerian Prophetic-Apostolic pastor. He was arrested for preaching sermons criticizing the then-president, Olusegun Obasanjo. He was born and raised in Abeokuta, Ogun State, Nigeria, where he was originally from and had his early education.

Pastor Bakare is regarded as one of the prominent clergymen in Nigeria known for his ministry and controversial preaching.

Tunde Bakare was born into a Muslim family but converted to Christianity in 1974.

He is an indigene of Abeokuta, Ogun State, Nigeria where he was born and grew up with his parents and siblings.

He further his education to Lisabi Grammar School, Abeokuta then got admitted into the University of Lagos where he graduated with a Law degree.

Pastor Tunde Bakare was called to the Bar in 1981 and after his NYSC.

Tunde Bakare was formerly a pastor at the Deeper Life Bible Church before he left to join the Redeemed Christian Church of God and later left to open his own.

On April 1, 1989, he founded The Latter Rain Assembly (End-Time Church) now known as The Citadel Global Community Church (CGCC) where he is currently the Serving Overseer of the church.

Tunde Bakare is a popular Nigerian pastor and one of the richest pastors in Nigeria. He has an estimated net worth of $5 million.

Pastor Tunde Bakere is married to Olayide Bakare. They got married in 1984, with the marriage blessed with five children.

His first son, Segun Bakere is the communications director and also the media director for the Latter Rain Assembly and her daughter name is Olubunmi Bakere is an Africanist who majors in African cultures and history and wants to be a lecturer and professor.

Pastor Bakere’s second son is an information technology expert, based in London while his last son graduated recently from school where he studied political studies. His second daughter is an interior architect; with a master’s degree in interior architecture.