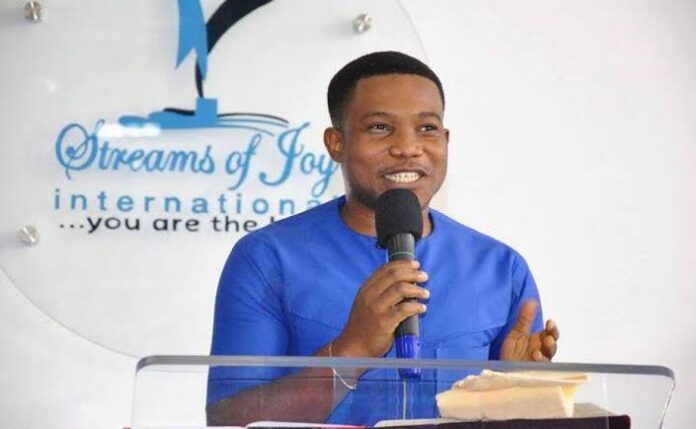 We bring you Pastor Jerry Eze’s biography with all the relevant information about the trending Pastor whom you never knew.

The cleric has been trending on social media for a couple of weeks and we have written exclusive information about him which you might find interesting.

He hails from Abia state, where he was born and grew up to establish his church, which has more than 5,000 worshippers in its various branches.

Pastor Jerry Eze was born in Abia State, in the Southeastern part of Nigeria, of the Igbo ethnicity, where he grew up.

He had his primary and secondary education in Abia State before he started his ministry.

He attended Ibeku High School, Umuahia before he proceeded to Abia State University (ABSU), where he graduated with a degree in History and International Relations.

He also obtained a Master’s degree in Human Resources Management.

Pastor Jerry attended the University of Greenwich, London, where he graduated with an MBA in Entrepreneurial Management and a Masters in International Human Resource Management.

Pastor Jerry Eze began his ministry while he was in the University, he was appointed the chapel leader.

After his graduation, he got a job at a broadcasting company, where he worked before he launched his ministry.

Pastor Jerry launched his ministry, Streams of Joy International, in 2011 where he is the lead pastor.

He is also the convener of New Season Prophetic Prayers and Declaration (NSPPD).

Pastor Jerry Eze is the author of the Streams of Joy Daily Devotional, which is available in five continents around the world.

Pastor Jerry Eze is a popular Nigerian pastor with an estimated net worth of $200,000.

Pastor Jerry Eze is happily married to Pastor Mrs. Eno Jerry, and their marriage is blessed with two children, Jerry and Samara.

Pastor Eze’s wife is supportive of her husband. She is the resident pastor of The Refreshing Point, the youth and singles ministry.