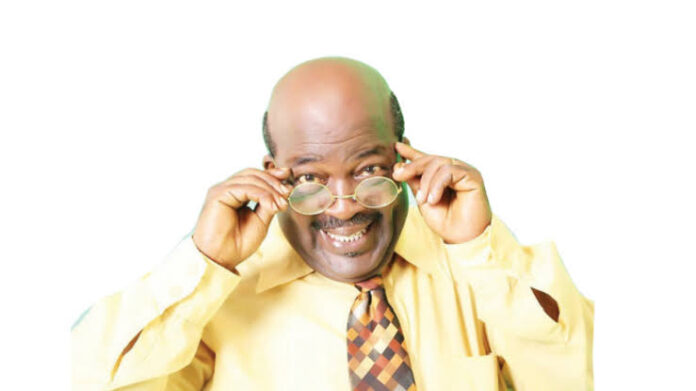 Femi Ogunrombi who is professionally known as Papa Ajasco, was a veteran Nigerian actor and comedian widely known for the television show, Papa Ajasco. He became popular in the entertainment industry for his funny roles in films.

Papa Ajasco was raised in Ogun State’s Abeokuta and was born in Ille-Ife. Early in the 1970s, he relocated to Lagos in order to pursue a career as a medical nurse.

He abandoned the profession after receiving training at the General Hospital Ikeja in Lagos in order to pursue his true passion, the arts.

Femi Ogunrombi, often known by his stage name Papa Ajasco, was a well-known comedian and musician from Nigeria.

He gained notoriety for portraying the title character in the hit television series by Wale Adenuga.

Femi was a skilled singer, highlifist, and nurse in addition to being an actor. Because of this, he earned the nickname “Uncle Ogurombo” from many people.

His Instagram bio proudly states: “Femi Ogunrombi is a composer, songwriter, actor, and music teacher. He is also a professional nurse and award-winning film producer. a creator of music. a qualified nurse.

Papa Ajasco has held the positions of music director for Nigeria’s National Troupe and director of studies at Pencil Film & Television Institute throughout his remarkable career, which spans more than three decades.

Papa Ajasco was a legendary Nigerian actor and comedian who had an estimated net worth of $2 million.

Femi Ogunrombi passed away on January 14, 2023. He was best known for playing Papa Ajasco in the popular Nigerian television series.

On Sunday morning, Husseini Shaibu, a theater professional, made the tragic announcement that actor Femi Ogunrombi had passed away.

Ogunrombi was well-liked by many as an ethnomusicologist, music instructor with National Troupe, and trained nurse.

He was best known for his role as “Papa Ajasco” in the well-known Nigerian TV series “Wale Adenuga Production.”