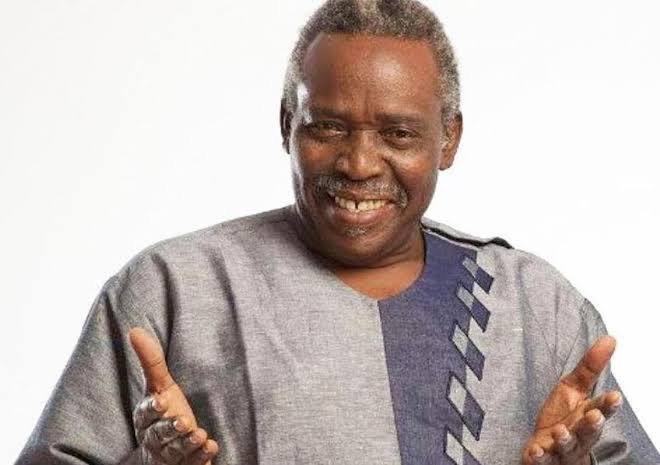 Olu Jacobs was born into the family of Oludotun Baiyewu Jacobs from Egba Alake.

He was raised in Kano and went to Holy Trinity School, where he participated in the theatre and debating societies.

Olu Jacobs was encouraged to try acting when he went to one of Chief Hubert Ogunde’s yearly concert parties at the Colonial Hotel in Kano. He then obtained a visa and moved to England to pursue acting.

Jacobs received his education in England at The Royal Academy of Dramatic Arts in London.

During the 1970s, he made appearances in a number of British television programs (including The Goodies, Till Death Us Do Part, Barlow at Large, The Venturers, Angels, 1990, The Tomorrow People and The Professionals).

In the 1980s, Jacobs starred in a number of foreign films, such as The Dogs of War by John Irvin, Pirates by Roman Polanski, and Baby: Secret of the Lost Legend, a family adventure movie (1985).

He appeared as a cast member in The Witches and the Grinnygog on TVS.

Jacobs has since appeared in more than 120 Nollywood movies. He is regarded as one of the best Nollywood actors from Nigeria.

Olu Jacobs is a legendary Nigerian actor and film executive. He has an estimated net worth of $3.5 million.

Since 1989, Jacobs has been married to Nollywood actress Joke Silva, and they have children together.

Jacobs responded when asked why his wife still uses her maiden name: “She is a unique person. Why should getting married to me now change her name from Joke Silva, which was her stage name when I first met her?