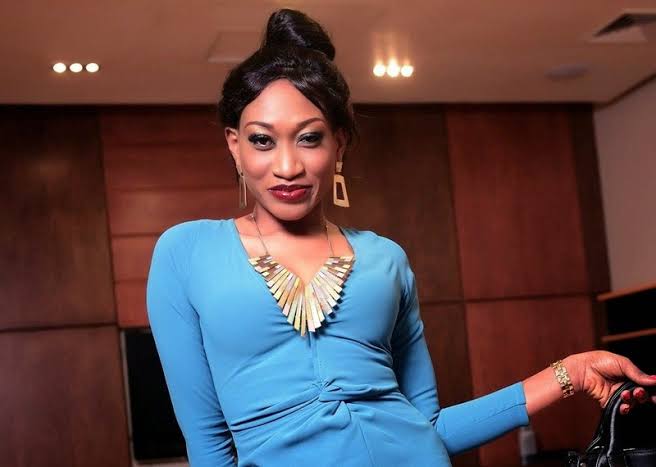 Oge Okoye, born November 16, 1980, is a famous Nigerian actress and television personality. She hails from Nnewi in Anambra State, having been born in London, United Kingdom. Oge Okoye came into the spotlight in 2002 following her role in the film Spanner.

Oge Okoye earned a degree in theater arts from Nnamdi Azikiwe University in Awka. In 2001.

Oge Okoye is from Nnewi in Anambra, the Southeast region of Nigeria, although she was born in London, UK and later relocated with her family to live in Lagos.

She had her early education in London before relocating to Nigeria.

She attended the University Primary School in Enugu after she got back to Nigeria and obtained her First School Leaving Certificate.

Oge Okoye furthered her education to Holy Rosary College in Enugu for her secondary education.

Okoye began acting in the Nigerian film industry while she was still studying in the university.

She gained fame in 2002 as a result of her role in the movie “Spanner,” in which she starred with Chinedu Ikedieze, better known as “Aki” in the Nigerian film industry.

Oge Okoye played the role of “Patricia,” a Chamber Maid, in the popular television show “Hotel Majestic,” which premiered in 2015.

She is the founder of Positive Life For Children Foundation (PLCF), a non-profit organization.

Oge Okoye is a popular Nigerian actress. She has an estimated net worth of $1.5 million.

In 2005, she tied the knot with Stangley Duru, the love of her life. Unfortunately, the marriage ended in 2012.