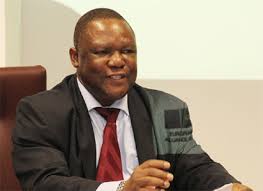 We bring you Obadiah Mailafia’s biography with all the facts you need to know about the Nigerian banker and politician.

We have written untold facts you didn’t know about the public figure who passed away on Sunday, September 19, 2021.

Mailafia is a former official of the African Development Bank Group and also a former Deputy Governor of the Central Bank of Nigeria (CBN).

He was once Chief of Staff of the 79-nation multilateral development institution based in Brussels, Belgium, the African, Caribbean and Pacific Group of States (ACP).

His father Baba Mailafia Gambo Galadima was an evangelist who worshiped with the Evangelical Reformed Church of Central Nigeria (ERCC).

While growing up, he was raised as a missionary child in a multiracial environment before his parents were later transferred to Murya, Lafia, in Nasarawa State, where he grew up.

In order to further his education, he attended the School of Basic Studies (SBS) at Ahmadu Bello University, Zaria, from 1974 and 1975.

He also has an M.Sc. from the same institution and won a French Government Scholarship to France, where he earned a Certificate in French Language and Civilization from the University of Clermont-Ferrand in 1985.

Mailafia started his career by teaching Government and Economics at Akoko Anglican Grammar School, Arigidi-Ikare in Ondo State, Nigeria, which was part of his primary assignment during his obligatory National Youth Service Corps year.

He has served in several positions including the principal liaison with the European Investment Bank (EIB) on the management of €5 billion Intra-ACP Resources Fund being managed by the EIB, comprising the Africa Infrastructure Fund and the ACP-EIB Investment Facility.

He was also the chairman of the ACP Strategic Management Group and the draftsman for the Secretariat’s Strategic Plan, Renewal and Transformation (2011–2014).

Mailafia contested for presidency of the Federal Republic of Nigeria in the 2019 presidential elections under the platform of the African Democratic Congress (ADC).

He join politics after the famous historic “handshake” by the coalition of the Middle Belt Forum (MBF) and the South Afenifere of Yoruba land, Ohanaeze Ndigbo and PANDEF of Niger Delta.

Obadiah was married and they have children together although the name of the wife remains unknown.

Mailafia reportedly passed away on September 19, 2021 at the National Hospital, Abuja, Nigeria, after an illness.