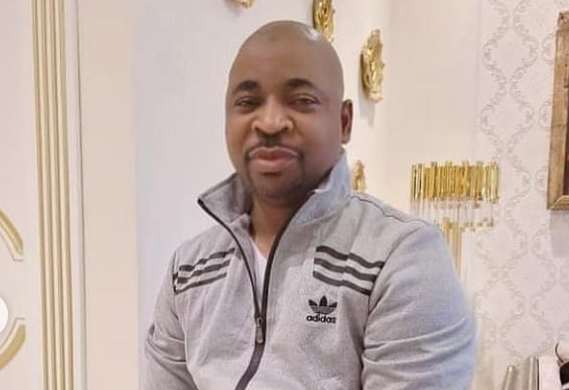 We bring you the biography of MC Oluomo with relevant information about the Nigerian businessman and influencer, which you probably didn’t know about.

MC Oluomo is an influential business mogul who is widely known for his social and philanthropic lifestyle. He was appointed by the Lagos State Government as the Parks Management Committee chairman.

MC Oluomo was born and raised in the Agbo-Ile Atere area of Oshodi, Lagos State, where he had his elementary education and secondary education.

He became the chairman of the National Union of Road Transport Workers (NURTW), Lagos after Tajudeen Agbede earned promotion as the national vice president in Abuja, although the committee was later dissolved and he was appointed as the chairman of the Lagos State Parks Management Committee.

He grew up in his hometown, the Agbo-Ile Atere area of Oshodi, Lagos State, where he was born; had his primary education in an undisclosed school; and obtained his First School Leaving Certificate (FSLC).

The influential business mogul also attended a public secondary school in Lagos State where he obtained his senior secondary certificate before he began his journey into business. Not much information is revealed about MC Oluomo educational background.

He has slight political affiliation with the All Progressive Congress (APC), after he has been seen at party meetings on a few occasions, although it is not clear if he is a full-time politician.

MC Oluomo is the former chairman of the National Union of Road Transport Workers (NURTW), Lagos State, a position he resumed in October 2019 and handed over to the union’s secretary in Lagos State, Seyi Bankole, as the new head of NURTW in Lagos.

Prior to his appointment as NURTW chairman, he was the association’s treasurer and chairman of the Oshodi branch. He now holds another position as the chairman of the Lagos State Parks Management Committee, a position he resumed in April 2022.

MC Oluomo released a book titled “My Service to Humanity” which highlighted his achievements, success story, and services in Lagos State.

MC Oluomo is a popular Nigerian businessman, socialite with an estimated net worth of $2 million. He is one of the richest businessmen in Lagos State. He is influential due to his massive success and achievements in Lagos State and Nigeria as a whole.

MC Oluomo has three wives: Alhaja Madinat Adunni Akinsanya, Temitope Adunni Akinsanya, and Aisha Ajoke Akinsanya. The businessman and socialite are enjoying their marriage without problems or rumors about marital issues, despite not having only one wife.

Nigerian interior designer and businesswoman, Ehi Ogbebor has been rumored to be in a relationship with MC Oluomo, as she previously flaunted him on Instagram, although it is not clear if they are together or if it was just a picture.

MC Oluomo has nine children, six beautiful girls and three handsome boys, who are all doing perfectly well in their endeavors.